The 2021 Atlantic Hurricane Season ended November 30 on a quiet note, but it was the third most active on record. There were 21 named storms with 7 of those becoming hurricanes. Of those 4 became major hurricanes – winds of 111 mph or stronger. 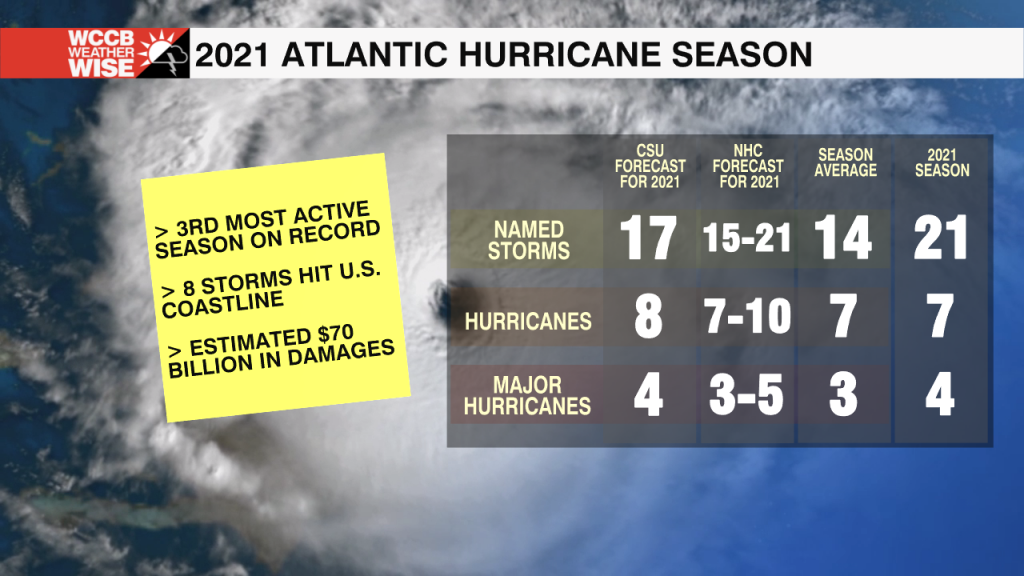 Hurricane Ida, a category 4 hurricane, made landfall in southeastern Louisiana on August 29 – the same day as Hurricane Katrina’s landfall back in 2005. It is the fifth costliest tropical storm on record with an estimated $64.5 billion in damage. It was the second year in a row that a major hurricane made landfall in Louisiana. That 2020 storm was Hurricane Laura. Laura directly caused 47 deaths and an estimated $19 billion of destruction, destroying 100,000 homes in Louisiana alone. 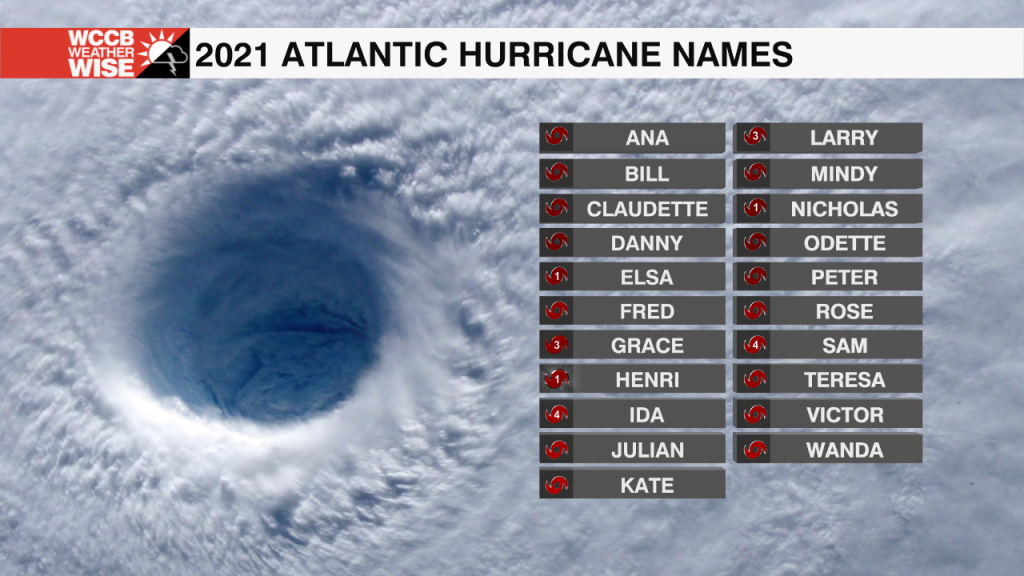 There were 8 U.S. landfalling storms in 2021. Tropical storm Danny made landfall near Hilton Head Island, South Carolina. It caused minimal damage and is the only storm to make landfall in the Carolinas in 2021. However, three other tropical storms tracked through the Carolinas – Claudette, Elsa and Fred. Although Fred was just a tropical storm when it tracked into the Carolinas after making landfall near Panama City, Florida, it caused catastrophic flooding and spawned several tornadoes – causing more than a billion dollars of damage and killing 7 people. Six of those deaths came from western North Carolina as more than a foot of rain caused historic flooding and millions of dollars of damage. It spawned 2 tornadoes within the WCCB viewing area on August 17 in Iredell and Stanly counties. Both were EF-1’s with minimal damage and no deaths or injuries.