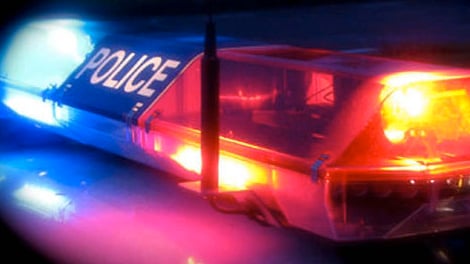 Detectives with the Charlotte-Mecklenburg Police Department have obtained arrest warrants against a 28-year-old man in connection to the murders of two people who were killed in March of this year.

Through an investigation, detectives identified Marteicus Taylor as the suspect in the homicide cases of Isiah Jeremiah Doctor-Muhammad and Lee’Vantay Rankin.

Police said Taylor is currently in custody for unrelated charges in Tabor City, NC at the Tabor Correctional Institute and he will be served while in custody.

The warrants being served include two counts of 1st degree murder, conspiracy to commit murder, shooting into an occupied vehicle, assault with deadly weapon intent to kill inflicting serious injury and possession of a firearm by a convicted felon, according to police.

CHARLOTTE, N.C. — Charlotte-Mecklenburg police are investigating after two people were killed and another injured in a south Charlotte shooting early Monday morning.

Officers responded to Kings Ridge Drive, off of Old Pineville Road, around 12:15 a.m. after an assault with a deadly weapon call. Upon arrival, officers located a man with a gunshot wound. The victim, identified as 22-year-old Isaiah Jeremiah Doctor-Muhammad, was pronounced dead at the scene.

A second victim, identified as 27-year-old Lee’Vantay Rankin, was also located and transported to the hospital by Medic with life-threatening injuries. He later died from his injuries.

Police say a third victim showed up at a hospital with injuries but is expected to be okay.

Anyone with information about this incident is asked to call 704-432-TIPS and speak directly to a Homicide Unit detective.  The public can also leave information anonymously by contacting Crime Stoppers at 704-334-1600 or http://charlottecrimestoppers.com/.