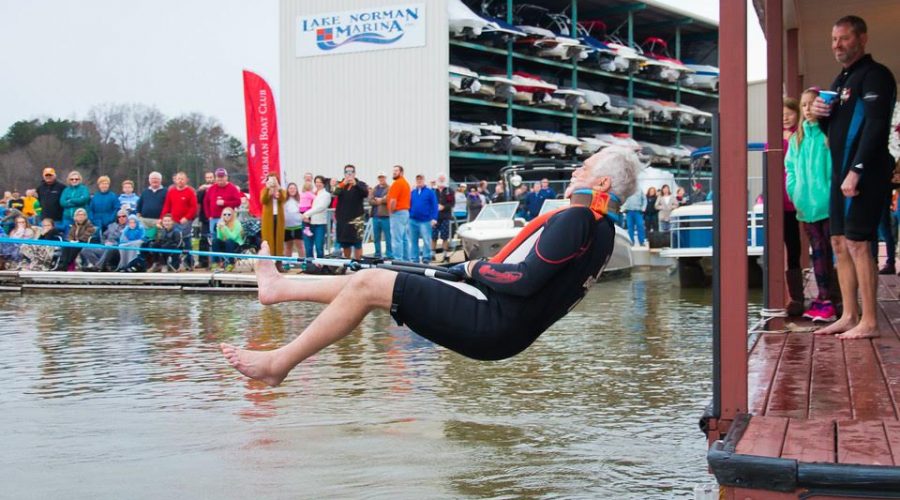 SHERILL’S FORD, N.C. — One of the longest running and unique barefoot skiing tournaments in the world is making its return to Lake Norman on New Year’s Day, after being cancelled in 2020 over COVID-19 concerns.

Held annually at Lake Norman Marina and hosted by the Carolina Show Ski Team, officials say they are excited to host the tournament after it was canceled for the first time in program history last year.

“We are pleased to once again host this tournament which provides a fun mid-winter event for barefoot skiing enthusiasts and an interesting event for the greater Lake Norman area to enjoy on New Year’s Day.” said Mark Kale, owner of Lake Norman Marina.

Officials say the tournament is unique because it combines barefoot starts, tricks, and endurance skills in one single ride.

Officials say around 25 to 30 “Footers” (barefoot water skiers) are expected to compete, coming from as far as Florida and New Jersey.

This year’s tournament is also special in that it is the first water ski event in 2022, which is the 100th anniversary of water skiing, according to a news release.

Officials say admission is free and concessions will be available on-site.