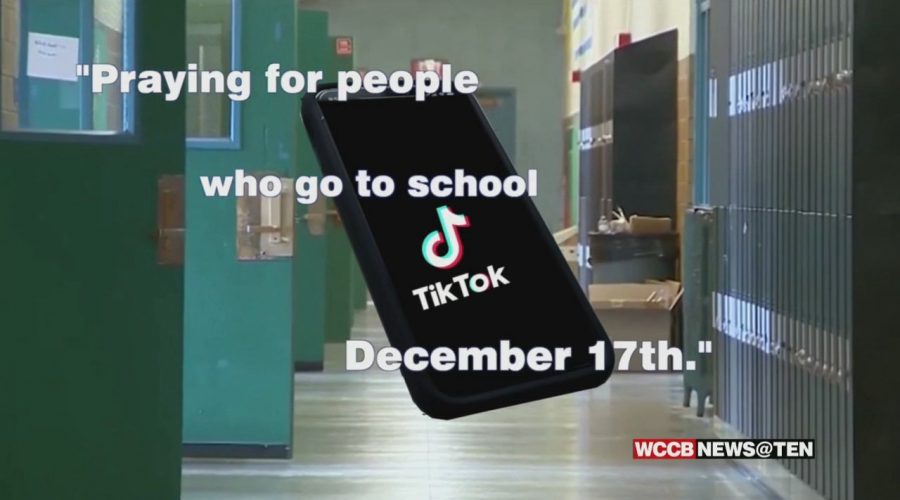 CHARLOTTE, NC. — “Praying for people who go to school December 17th.” It’s part of a national threat against schools circulating on TikTok. It’s part of what Charlotte Mecklenburg Schools calls a sharp increase in the volume of social media threats directed toward schools. The district sent an email to families saying in part:

“Almost all threats turn out to be unfounded, with students admitting they didn’t intend to harm anyone or saying they were just joking. Threats — credible or not, often perpetuate the spread of other threats that disrupt learning and cancel events.”

“It is a challenge for us to compete with social media. Social media will get the message out more quickly than we can. We have to verify the facts, we have to talk to authorities before we communicate with families,” says CMS Superintendent Earnest Winston.

During WCCB Charlotte’s Alexandra Elich’s one-on-one interview with Superintendent Winston on Wednesday, he said the district has to investigate threats before alerting families.

Union County Sheriff’s Office is aware of the threat and its student resource officers and teachers know about it too. They have extra deputies on standby. The district has also seen an uptick in threats against schools.

“Just within the past two weeks, we’ve had several threats at our local schools regarding gun violence, things like that. We’ve determined to our criminal investigations into these matters that they’ve either been misunderstandings and in one case a student actually fabricated, he lied,” says Lt. James Maye with Union County Sheriff’s Office.