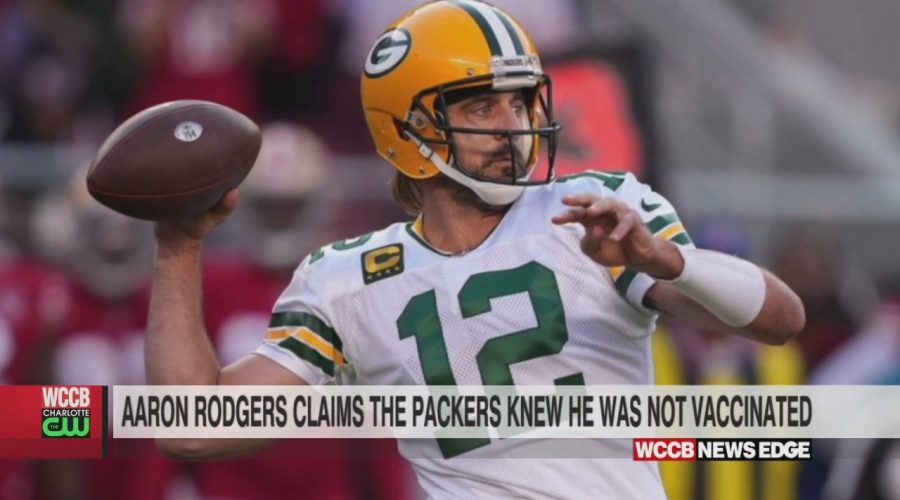 CHARLOTTE, N.C. – Embattled Green Bay Packers quarterback Aaron Rodgers has confirmed that he’s unvaccinated. He made that declaration Friday on The Pat McAfee Show. Rodgers also made a number of claims including to be allergic to ingredients in the COVID vaccine, and says he consulted with Joe Rogan before taking a cocktail of medicine including Ivermectin to get well.

Rodgers had previously claimed to be “immunized” when asked during the pre-season but he insists that he was not lying but conceded he didn’t want to answer any more questions about vaccination. He says, “First of all, I didn’t lie in the initial press conference at the time. It was a very (sic) witch hunt that was going on across the league where everybody in the media was so concerned about who was vaccinated and who wasn’t and who was being selfish and what that meant if they said it was a personal decision.” He also says, “I put a lot of time and energy and research into researching. I spoke to a lot of people in the medical field to get the most information about the vaccine before making a decision. ”

The NFL is investigating the Packers and Rodgers for possibly breaking COVID safety protocols. But Rodgers goes on to admit, “Everyone on the squad knew I was not vaccinated. Everyone in the organization knew I wasn’t vaccinated. I wasn’t hiding from anybody. I was trying to minimize and mitigate having this conversation going on and on.”

Our question of the night: after Rodgers gets well, should the NFL suspend him for lying?