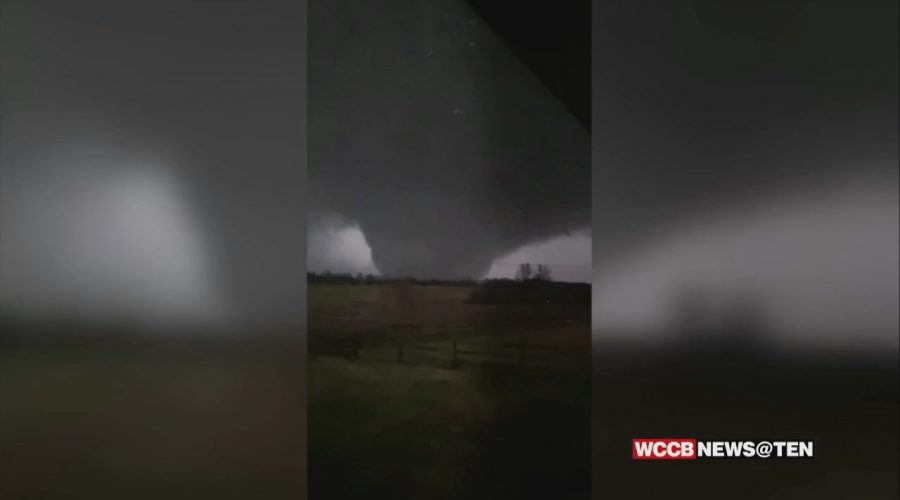 MAYFIELD, KY — It only lasted a few seconds, but in the town of Mayfield, Kentucky, the nightmare has been never-ending.

“The first few nights, I didn’t get that much sleep.”

Ben Crawford owns a construction equipment rental company in Mayfield, where he’s lived all his life. He knew that severe weather was a possibility last Friday, but didn’t think much of it until he saw the local news tracking the storm.

“The local WPSD station, their weather forecaster was saying that there was a spot of purple. And he said the purple is the debris that’s being kicked up from 20 to 30,000 feet. And I thought, ‘that’s a feature I’ve never seen before.’ So then, okay, this is real.”

The tornado missed his house. Hundreds of others, however, weren’t so lucky. Once the tornado threat cleared, Ben went out to help with his equipment. He wasn’t prepared for what he saw next.

“There’s an overhead bridge where you come into town, and so it gives you a nice little view. And I’m seeing things from this bridge that I should not be able to see. You know, there should be things in the way. Stuff’s not in the way.”

Dozens of homes, the town courthouse, even Ben’s hometown church: all heavily damaged or even reduced to rubble.

“After pushing high-voltage power lines out of the road, I found myself tearing the front of our ministry center out.”

The outpouring of support has been swift. Thousands of volunteers from all over the country have committed to the clean-up, while President Biden announced on Wednesday that millions of dollars will go to disaster relief for all areas affected by last Friday’s storms.

While it will take months, if not years, for Mayfield and surrounding areas to recover, Ben is confident better times are ahead.

“We’re strong, we’re good. God has taken care of us and he will continue. We are resilient and we’re thankful.”

Consider donating to the Team Western Kentucky Tornado Relief Fund or the American Red Cross to help those in Mayfield and the surrounding areas.