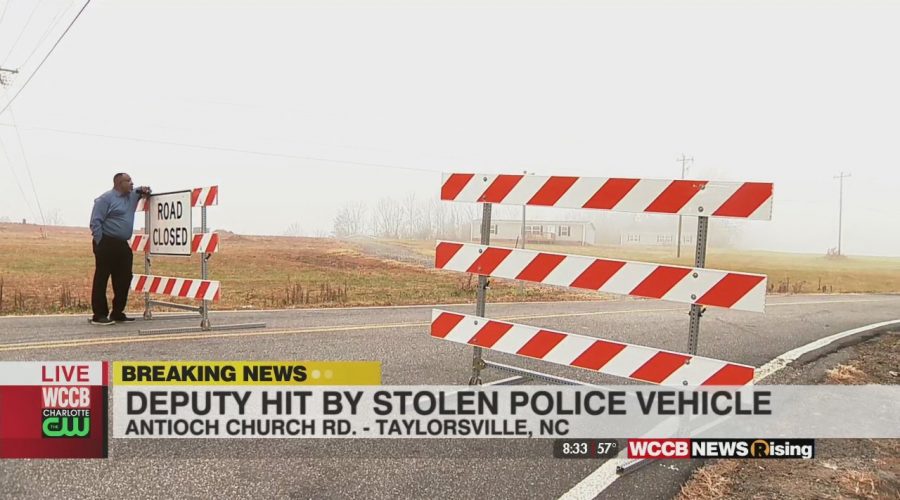 ALEXANDER COUNTY, N.C. — An Alexander County deputy is injured but expected to be okay after being rammed by a suspect inside a stolen deputy vehicle.

Alexander County Sheriff, Chris Bowman says the suspect was speeding through Taylorsville before getting onto Highway 127.

The driver refused to stop and led deputies on a chase down Antioch Church Road. Stop sticks were deployed but when the suspect vehicle stopped, the driver jumped out and aggressively started approaching a deputy.

The sheriff says the suspect refused to comply with the deputy’s order so the deputy started backing away.

At the time, the suspect then jumped into the deputy’s patrol car and took off eventually hitting a second patrol car up the road.

The deputy inside suffered minor injuries.

Another deputy fired shots into the stolen police car bringing the suspect to a stop. The person was taken into custody and is facing several charges.

No other details have been released at this time.