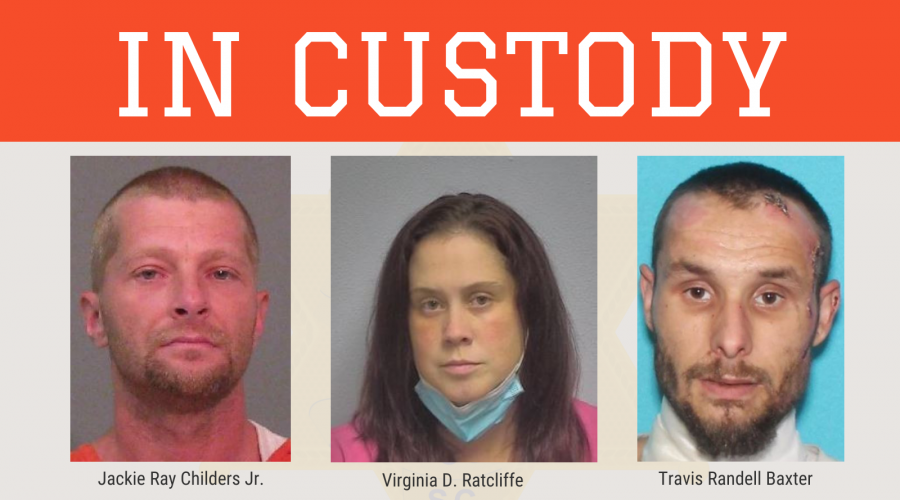 A judge refused to allow a York man charged with murder after his aunt died of a heart attack after a Christmas home invasion to get out of jail while awaiting his trial.

Jackie Ray Childers Jr. was in court in York County on Wednesday asking for bond in the Dec 25 attack on his aunt and uncle in their Hickory Grove home, a media outlet reported.

Childers and two other people beat up his aunt and uncle, made his aunt take over her clothes and tied them both up, prosecutors said.

Sarah Childers, 72, died a few days later of a heart attack caused by the stress and injuries from the home invasion prosecutor Matthew Shelton said.

The group stole money, guns, jewelry, a car and other items. They were arrested several weeks after the attack when one of them tried to sell a gun stolen from the home, Shelton said.

Jackie Childers was not involved in the attack, his lawyer said Wednesday, asking for bond,

A judge refused, siding with a prosecutor who said Childers showed his was a flight risk running from police for weeks and is a danger to the community because he has a criminal history of more than a dozen convictions that date back two decades.

Childers, 38, is charged with murder, kidnapping, armed robbery, burglary, conspiracy, and possession of a weapon during a violent crime.

The other two defendants in the case are also being held without bail.

Detectives say they arrested Jackie Childers Jr., 38, of York, South Carolina and Virginia Ratcliffe, 32, of Harrisburg, Illinois in Paducah, Kentucky for their involvement.

Both Childers and Ratcliffe waived extradition and will be brought back to South Carolina at a later date, according to a news release.

Detectives say Travis Baxter, 29, of Grover, North Carolina was also taken into custody for his involvement in the crime in Andrews, South Carolina.

Baxter is in custody at the Georgetown County Sheriff’s Office until he is taken back to York County, according to a news release.

Investigators say all three suspects were found through tips sent in by other citizens.

“It’s been 35 days since this heinous crime and it’s been 35 days of relentless work our Detectives have put in to bring these people we believe are responsible for the attack into custody,” said Sheriff Kevin Tolson. “We continue to send our condolences to the family of Sarah Childers for their loss as a result of this Christmas Day attack.”

The FBI, United States Secret Service, South Carolina State Law Enforcement, and several other state law enforcement agencies worked together in this investigation, according to a news release.

“The cooperation from our federal, state and out of state law enforcement partners was paramount in helping us in this investigation our utmost thanks go out to them,” said Sheriff Kevin Tolson.

HICKORY GROVE, S.C. — The FBI says they are offering a reward of up to $10,000 for any information that could help led them to the arrest and prosecution of individuals involved in a violent home invasion on Christmas Day in York County.

Deputies say three individuals were involved in a burglary, armed robbery, and assault in Hickory Grove on December 25th where they stole several items including jewelry, a handgun, and cash from elderly victims.

Police describe the suspects as follows;

Police say the suspects should be considered armed and dangerous.