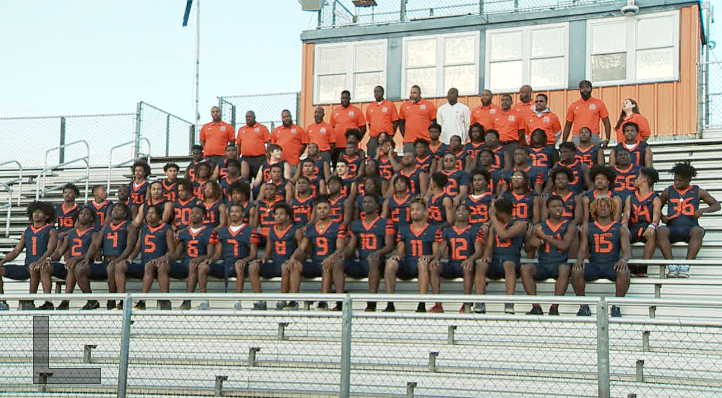 “Just basically helping these young men grow into men that can go out into society and have a family,” said Chambers head coach Glenwood Ferebee. “Be a great dad, be a great husband, and things like that, so we pride ourselves in that as coaches.”

Glenwood Ferebee is in his third season as head coach at Chambers, and they’ve done a lot of winning since he arrived.

Two straight state crowns, but what you don’t see is the work being put in behind the scenes. Ferebee and his staff have sent over 95% of their players to college since his arrival.

“It makes you feel like you’re doing your job and it isn’t just about football,” said Ferebee. “A lot of people look at coaches and they think it’s just about football, but when I tend to hire guys on my staff, I want guys that focus more on that than they do the wins.”

Those wins have piled up under Ferebee but he stresses success in all walks of life with his team and staff, especially at a place like Chambers.

“We’re a predominantly black team, we’re an all black staff,” said Ferebee. “So we’re going to have some adversity we face that comes from that, and we know that. But we want to act in a way where we’re representing the school in a manner where they overlook some of the things that go on in the news and we can be that positive outlook at the school through football.”

And the fun is just beginning if the Cougars can get a win on Saturday.

“It would mean a lot,” said Ferebee. “With the adversity we face over here, the resources we lack, with the staff being all African-American, it means a lot to be able to three-peat like that.”

“It would be great,” said Thompson. “Ever since I’ve been here we’ve been winning states the whole time , for us to do a three-peat, first time in Chambers/Vance history, it would be crazy.”