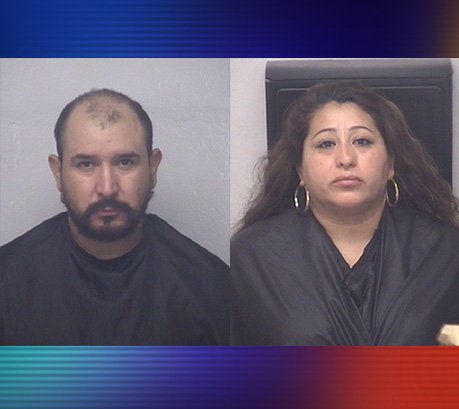 CLEVELAND COUNTY, N.C. — Two people have been charged after a traffic stop in Kings Mountain led to the seizure of $176,000 worth of meth Friday, according to deputies.

The Cleveland County Sheriff’s Office Community Interdiction Team along with their K-9, Karma conducted a vehicle stop in Kings Mountain.

During the investigation, deputies located around 11.2 pounds of methamphetamine in the vehicle. The street value of the seized drugs was approximately $176,000, deputies said.

The occupants of the vehicle, identified as 42-year-old Luviana Ramirez Moreno and 39-year-old Jonathan Lugo Valdez, were both charged with two counts of trafficking methamphetamine, according to the sheriff’s office. The suspects were transported to the Cleveland County Detention Center for processing.

According to officials, during the month of October 2021, the Sheriff’s Office Narcotics Division, has seized 37 pounds of methamphetamine with a total street value of around $600,000.

The Sheriff’s Office requests that anyone with information on drug dealers in their neighborhood contact the Vice/Narcotics Division at 704-484-4987.