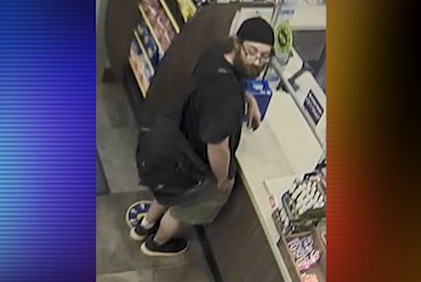 CHARLOTTE, N.C. — Charlotte-Mecklenburg detectives are asking for the public’s help in finding a suspect involved in a recent armed robbery in southwest Charlotte.

On September 10th shortly before 7:15 p.m., detectives say a White man entered a Sam’s Mart on Steele Creek Road and demanded property belonging to the business by threat of firearm.

At the time of the robbery, detectives say the suspect had a long full dark-colored beard and wore clear glasses.

He also has tattoos on his left forearm.

Anyone who recognizes this man is asked to call 911 immediately or leave an anonymous tip with Crime Stoppers at 704-334-1600 or http://charlottecrimestoppers.com/.