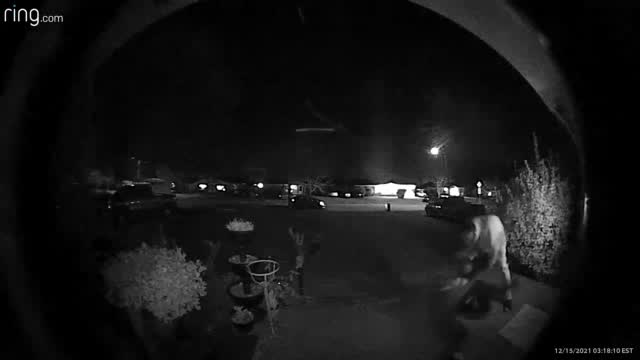 Charlotte-Mecklenburg Police have charged Louis Meadows, 32, for his involvement in an assault and kidnapping in east Charlotte that was all caught on video.

As a result of continued investigation, detectives were able to identify both the victim and suspect in this case.

At 11:30 a.m. on December 16th, officers located both the victim and Meadows after finding the suspect vehicle.

Meadows was immediately taken into custody on an unrelated arrest warrant, and following an interview with detectives, he was charged with 1st Degree Kidnapping and Assault of a Woman.

Police say the victim in this case has been taken to a safe location, after detectives determined this incident involved domestic violence.

Anyone with more information on this incident is asked to call 911 or to leave an anonymous tip with Crime Stoppers at 704-334-16000 or http://charlottecrimestoppers.com/.

CHARLOTTE, N.C. — Detectives are asking for the public’s help in finding the victim and suspect of a violent kidnapping in east Charlotte after it was all caught on video.

Police say around 7:20 a.m. officers responded to a home on Driftwood Drive to conduct a welfare check.

Upon arrival, officers spoke with a resident of the home who showed them footage of the attack captured from their video doorbell.

Police say the footage shows a violent encounter between two individuals around 3 a.m. on December 15th.

WARNING: The above video shows content that some viewers may find disturbing. Viewer discretion is advised.

A victim can be seen attempting to flee from the suspect on foot while seeking help, according to a news release.

Police say the suspect then grabbed the victim, threw them on the ground and proceeded to assault them multiple times.

Officers say the victim was then dragged against their will toward a car parked on the roadway, and that car, possibly a silver Honda Fit, was last seen traveling toward Albemarle Road.

Detectives believe the victim has sustained injuries and is in need of medical treatment due to the assault and kidnapping.

Police ask anyone with more information on this incident or the whereabouts of either subject to call 911 immediately or to leave an anonymous tip with Crime Stoppers at 704-334-16000 or http://charlottecrimestoppers.com/.