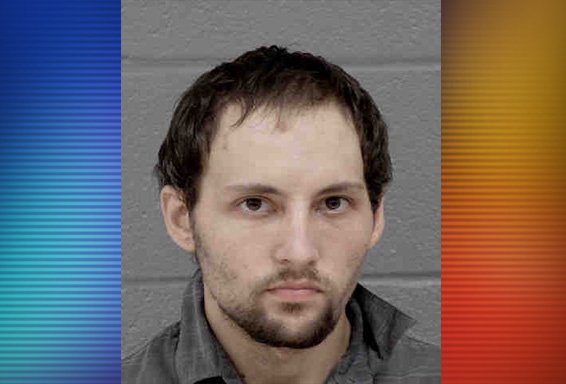 A 28-year-old has been charged after running a red light, striking a CMPD vehicle and fleeing the scene in southeast Charlotte Monday morning, police said.

The driver of a Hyundai Santa Fe, later identified as Joseph Spangler, rear-ended a vehicle on Independence Boulevard near Sharon Forest Drive around 7:10 a.m. and fled the scene in his vehicle, according to CMPD. The other vehicle involved called 911 to report the incident. 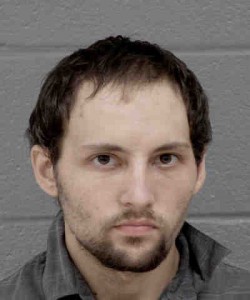 Soon after, Spangler ran a red light at the intersection of Monroe Road and Village Lake Drive while a CMPD police vehicle was traveling through the intersection on a green light and was struck by the Hyundai, police said. The collision forced the police vehicle to overturn onto its roof, and the driver of the Hyundai fled from his vehicle on foot.

An investigation into the case determined the driver had been driving on the wrong side of the road and cutting vehicles off immediately prior to running the red light and striking the police vehicle.

While the investigation was still under way, a community member called 911 to report someone who appeared injured had walked out of a nearby wood line. Officers responded and located Spangler at a residence on Dunfries Road.

Spangler, who had sustained minor injuries as a result of the crash, was taken to the hospital to be treated and then was interviewed by detectives. Following this interview, the suspect was transferred to the custody of the Mecklenburg County Sheriff’s Office and charged with felony hit and run, misdemeanor hit and run, reckless driving and driving with a revoked license, police said.

Anyone who witnessed the crash or has information about this case is asked to call Detective Storc at 704-336-2897.  The public can also leave information anonymously by contacting Crime Stoppers at 704-334-1600 or http://charlottecrimestoppers.com/.

CHARLOTTE, N.C. — The Charlotte-Mecklenburg Police Department is searching for a person who fled the scene following an officer-involved crash in southeast Charlotte Monday morning.

The collision happened before 8 a.m. near the intersection of Monroe Road and Village Lake Drive, according to a tweet from CMPD.

According to officials, the officer sustained non-life threatening injuries and the other person involved fled the scene on foot.

The suspect vehicle ran a red light and struck the CMPD vehicle causing it to overturn, police said.

UPDATE: The suspect vehicle ran a red light and struck the CMPD vehicle causing it to overturn. The suspect is described as a Black male wearing dark clothing and was last seen running on the railroad tracks towards Thermal Road. If you have any information, please call 9-1-1.

The suspect has been described as a Black male wearing dark clothing and was last seen running on the railroad tracks towards Thermal Road.

CMPD K9 Unit is currently on scene assisting with the search.

Monroe Road is shut down in both directions. Drivers are asked to seek an alternate route.