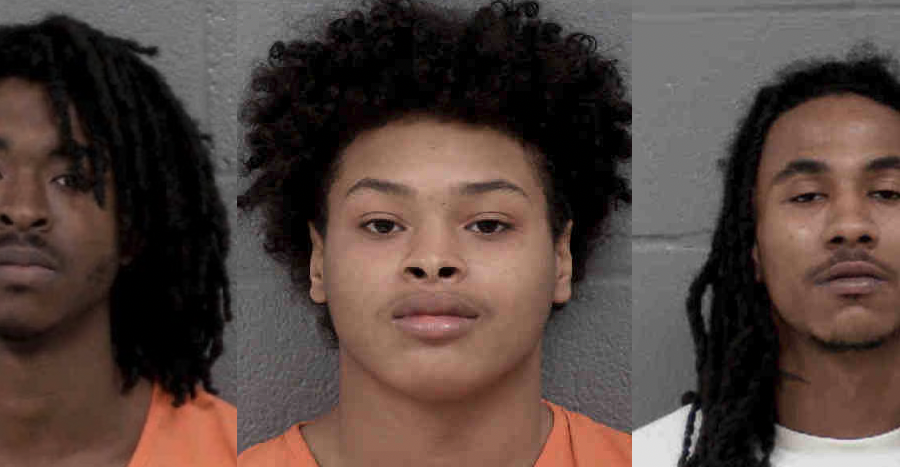 Detectives say Kaleb Lawrence turned himself in to the Mecklenburg County Sheriff’s Office on Saturday for his involvement in the murder of 3-year-old Asiah Figueroa. 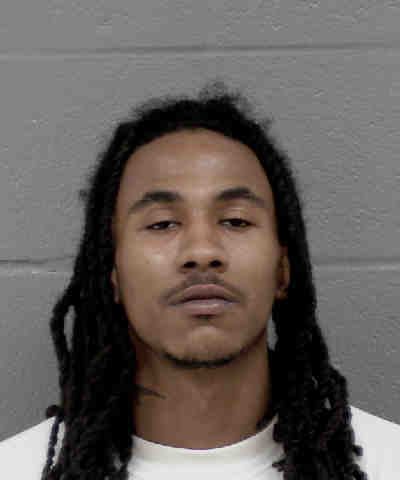 Lawrence was charged with murder, eight counts of attempted murder, nine counts of shooting into an occupied dwelling, and conspiracy to commit murder, according to a news release.

The Charlotte-Mecklenburg Police Department is asking for the public’s help locating the third suspect involved in a northwest Charlotte shooting that killed a 3-year-old. 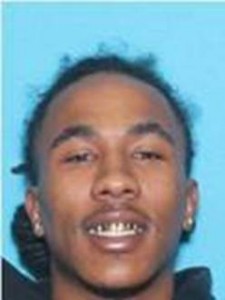 Through an investigation, Lawrence was identified as a suspect in the case and a murder warrant was issued for his arrest, according to police. Detectives say Lawrence should be considered armed and dangerous.

CMPD’s VCAT Detectives are actively searching for Lawrence and are asking anyone in the public who knows his whereabouts to call Detective Jessica Zinobile immediately at 704-336-VCAT (8228). 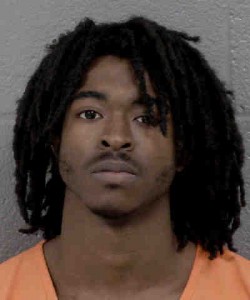 Police say Lanier was arrested Friday night and charged with murder, eight counts of attempted murder, nine counts of shooting into an occupied dwelling, and conspiracy to commit murder in the fatal northwest Charlotte shooting.

Detectives have charged Qua’Tonio Stephens, 21, with accessory after the fact to murder in the fatal shooting of 3-year-old Asiah Figueroa. 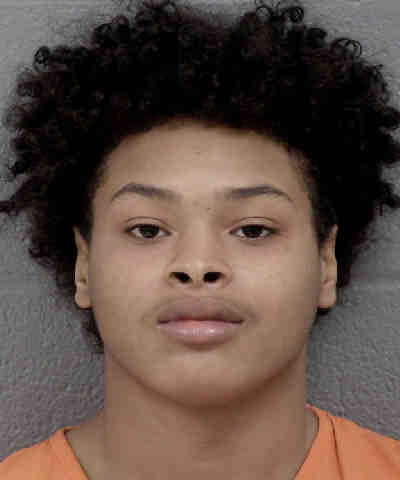 Detectives say they obtained reasonable suspicion to pull over a vehicle driven by Stephens on September 8th.

When the vehicle failed to stop, a police pursuit ensued, according to a news release.

Police say Stephens was apprehended without further incident on Interstate 85 near Glenwood Drive.

Detectives say following an interview with Stephens, the 21-year-old was charged with accessory after the fact to murder and felony flee to elude arrest.

In addition, police say Stephens was charged with seven counts of assault with a deadly weapon with intent to kill and three counts of shooting into an occupied dwelling from an incident that occurred on September 7th on Joe Morrison Lane.

CHARLOTTE, NC – Nearly 150 shots were fired into a North West Charlotte home late Tuesday night. A three-year-old child was struck and killed by the bullets.

On Wednesday night, there was outrage, fear, and grief  in the community as a ballon release and vigil was held for Asiah Figueroa.

Around 11:45 last night, two cars pulled in front of a home on Richard Rozell road. At least three people got out and fired more than 150 rounds.

“It was heart-wrenching. I was scared,” said one neighbor who didn’t want to be identified.

Inside the house, Asiah was hit by bullets and killed. His four-year-old sister, who was also hit, and will survive.

“This should outrage everyone who hears this,” said CMPD Capt. Joel McNelly.

CMPD and the public pleading for tips from the community.

“We need your help. Because I know we can’t do it alone anymore,” said Mayor Vi Lyles during an afternoon news conference.

“Community, teachers, parents, we need your help with this. Please help us,” continued McNelly.

“To lose him. That was pretty devastating. Heartbreaking,” said neighbor Jocelle Phillips-Mitchell.

Asiah’s short time alive made an impact on those around him.

“It’s a bit heartbreaking. And just to have a three-year-old too. I hugged my baby extra tight last night because it’s not fair,” said Phillips-Mitchell.

A candlelight vigil for 3-year-old Asiah Figueroa will be held on Monday, September 13th at Camp Green Park on Alleghany Street in Charlotte thanks to MOM-O (Mothers Of Murdered Offspring). 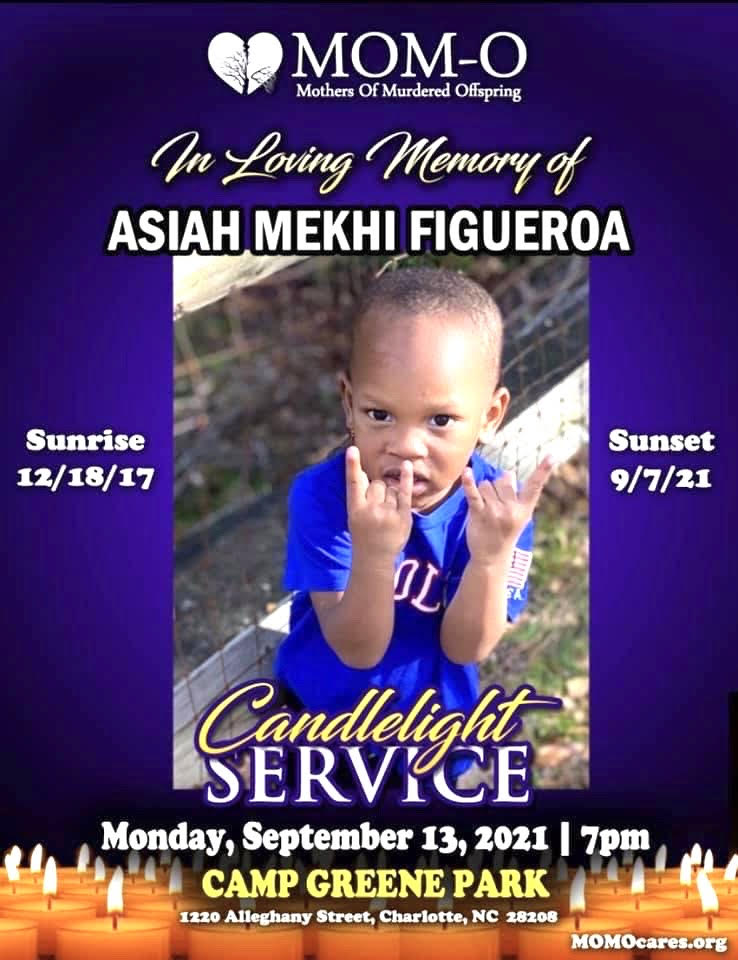