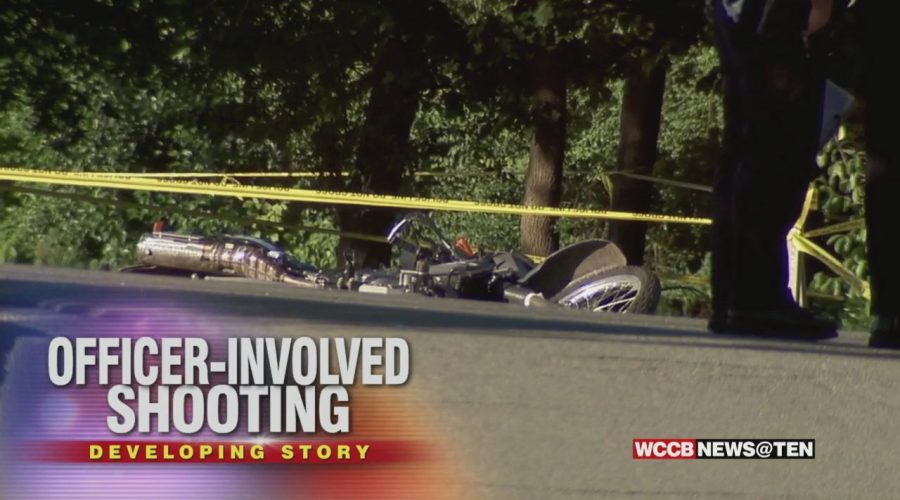 A 23-year-old woman who was shot by a Charlotte police officer in south Charlotte Thursday afternoon after she tried to run him over multiple times with a vehicle is facing charges, according to the Charlotte-Mecklenburg Police Department.

Raynique Austin, the identified suspect, is currently listed in stable condition at a local hospital, according to police.  Through a continued investigation, Homicide Unit detectives obtained warrants for Austin’s arrest.

Austin will be charged with attempted murder, five counts of hit and run, flee to elude arrest and damage to property upon her release from the hospital, according to police.

“The member of the Charlotte-Mecklenburg Police Department responsible for firing his weapon has been identified as Officer Dustin Smith. Officer Smith was hired on July 23, 2018, and is assigned as a patrol officer in the Westover Division. Officer Smith has been placed on administrative leave pending the outcome of the investigation. This is standard policy whenever an officer discharges his or her weapon,” officials said in a news release.

CHARLOTTE, N.C. — Police are investigating an officer-involved shooting that occurred on Thursday in south Charlotte.

At 4 p.m., officers responded to a call for service concerning an armed woman outside of a business firing gunshots at a store owner.

A uniformed CMPD officer riding a marked Dual Sport motorcycle was the first officer to arrive at the scene on Tyvola Road.

Police say after encountering the armed woman, she made several attempts to strike the officer with her vehicle.

The officer involved perceived this action as a lethal threat and fired his service weapon, causing the woman to flee the scene in her car.

Other responding officers located the suspect vehicle shortly after this interaction and attempted to conduct a traffic stop.

When the woman refused to stop, officers engaged in a pursuit ending on Cedar Creek Drive.

Officers say as they took the woman into custody, they noticed she sustained several apparent gunshot wounds.

Officers immediately began rendering aid to her prior to taking her to a local hospital with life-threatening injuries.

Police say a firearm was recovered in the suspect’s vehicle at the scene.

No officers were injured in this incident, and police say the names of officers and the suspect involved are temporarily being withheld pending appropriate family notification of the incident.

The SBI will be the primary investigative agency for the officer-involved shooting, and as is standard procedure, the Internal Affairs Bureau will conduct a separate but parallel investigation.

Police say the officer involved will be placed on paid administrative leave, which is standard policy whenever an officer discharges a service weapon.

Police ask anyone with more information to call Crime Stoppers at 704-334-1600 or visit http://charlottecrimestoppers.com/.