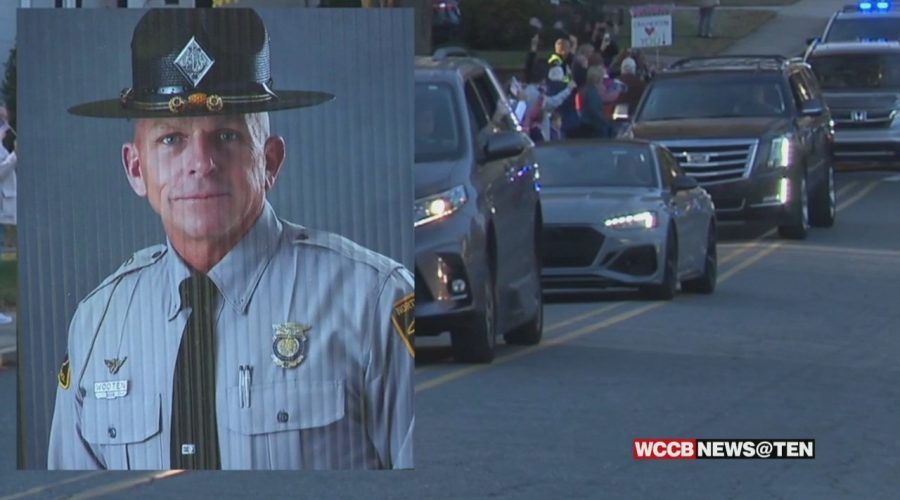 CRAMERTON, N.C. – An emotional homecoming for a North Carolina Highway Patrol Trooper left paralyzed after an accident while on duty.

He spent more than two years at an Atlanta rehab center.

Many weren’t sure this day would even come, after he was thrown off his motorcycle while chasing a suspect in West Charlotte in July 2019.

“It’s pretty incredible that he’s even alive. And what he’s doing and the spirit that he has,” says Cramerton resident Jerry Dellinger.

The welcome in Cramerton came after a procession from Atlanta.

Dozens of Highway Patrol Troopers and other law enforcement joined Trooper Wooten on the journey home.