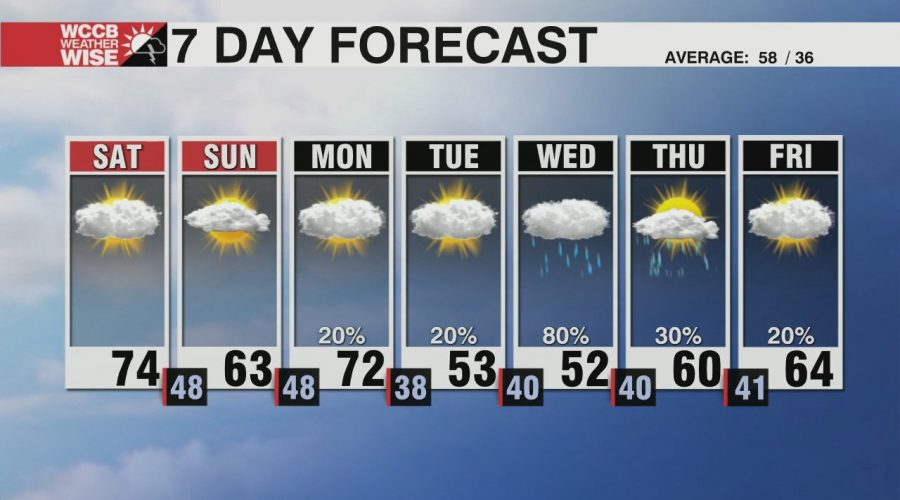 A series of rainmaking systems sweep into the Carolinas this coming week, bringing moisture and much cooler temperatures.

It’s been over a week since our last measurable rainfall in the Metro, but that streak’s days should be numbered. A series of rainmaking systems will sweep into the Carolinas as we head deeper into December, which should bring some much-needed rain to the area. The first system to watch will be a cold front that arrives by Monday evening. While rain will mainly be limited to the High Country Monday morning, a few sprinkles could find their way into the Piedmont later in the day.

The bigger story for the Metro arrives a day later. An area of low pressure will develop in the Deep South on Tuesday, which will bring soaking rain to the Carolinas Tuesday into Wednesday. A third system moves in by next weekend, which we may need to monitor for severe weather. Overall, many communities can expect roughly an inch of rain over the next seven days.