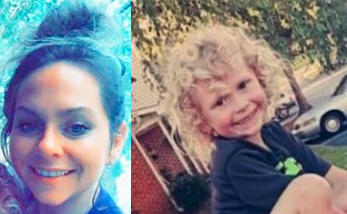 CHESTER, S.C. — A Chester County woman has been charged for shooting and killing her 6-year-old son after returning home from deer hunting on Thanksgiving day.

The family and Chester community are mourning the loss of 6-year-old Jase Wise and ask for privacy at this time.

According to an incident report released by The Fairfield County Sheriff’s Office, Mary Rosborough, 31, shot and killed her son with a deer rifle after returning home from hunting around 6:30 p.m. on November 25th.

Police say after speaking with her brother, William Rosborough, they learned Mary Rosborough had been struggling with drug addiction.

Police say William Rosborough was inside a bathroom at the home in Chester when he heard a gunshot, and knowing two kids were inside, he went to investigate.

When William Rosborough entered the room, he saw Mary Rosborough had shot her son and was attempting to reload her rifle.

William Rosborough then wrestled the gun away from his sister and forced her to the ground before she could reload, according to the incident report.

He was then able to detain his sister until officers arrived at the home on Old Douglas Road.

William Rosborough says while wrestling with his sister he recalled her saying something to the effect of she “wanted to send the baby to heaven.”

He told police of her struggle with drug addiction, but says there was no indication of any behavioral change in his sister that would lead him or anyone else to believe she would shoot her son.

Grandparents to 6-year-old Jase Wise took him to a hospital in Chester following the shooting, where investigators say he later died.

Police say Rosborough has since been charged with Murder and Possession of a Weapon during a Violent Crime.

A memorial service with full Scout Honors was held for Jase Wise at Barron Funeral Home on Wednesday, December 1st.