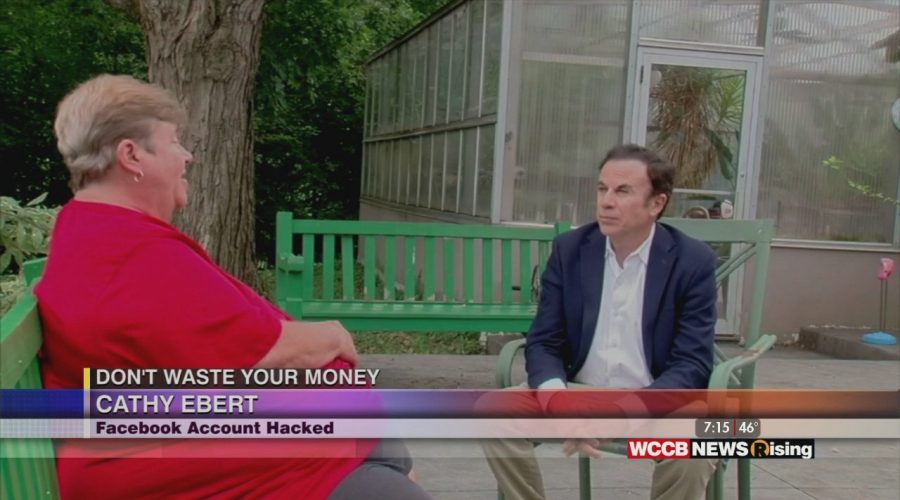 CHARLOTTE, N.C. — Many of us depend on our Facebook pages to keep up with friends and family. Now imagine someone hacked it, locking you out. It’s happening to an alarming number of people on Facebook. So what can you do?

Cathy Ebert used Facebook to keep in touch with friends from years as a hospital researcher until a few weeks ago.

“One day I went to get on Facebook and was denied access to my page”, Cathy said.

Someone locked her out, shutting off dozens of former colleagues scattered around the world. When she searched for herself, she was shocked what turned up.

“It was my profile picture, with an erroneous address and someone named Thomas Wilson.”

Experts are not sure if users are falling victim to phishing scams or may be victims of automated hacking bots.

You have to use an automated system that requests your driver license, which Cathy said didn’t work in her case.

– Don’t open emails that appear to come from Facebook.

– Never google Facebook for its phone number, you may end up getting a scammer.

For more consumer news and money-saving advice, go to www.dontwasteyourmoney.com