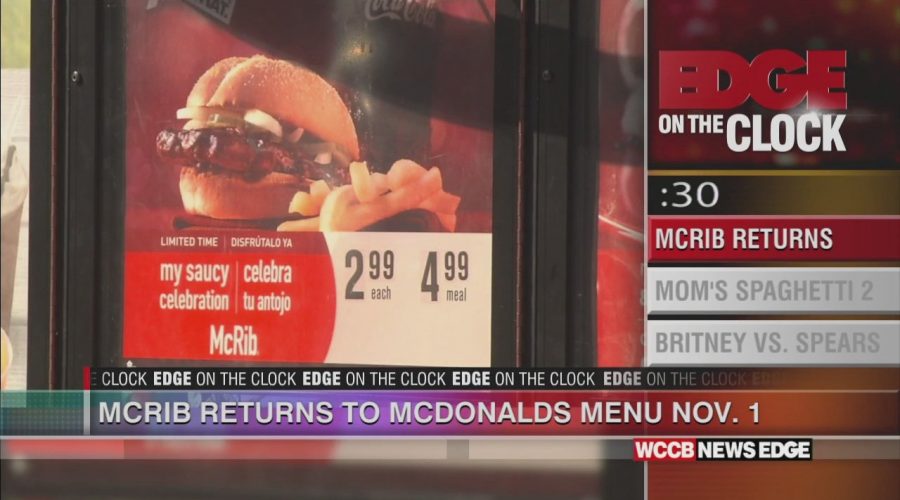 CHARLOTTE, N.C. – Fans of McDonald’s McRib, rejoice! The popular barbecue sandwich returns to the menu on November first. In case you don’t know the history of the sandwich, the McRib first debuted in Kansas City, Kansas in 1981. McDonald’s says it has received thousands of emails from customers about how much they love the McRib.

Plus, a few lucky Eminem fans got a special taste of Mom’s Spaghetti on Wednesday, served by Eminem himself.

And, the lawyer for Jamie Spears described the judge’s decision to remove him from Britney Spears’ conservatorship as a “loss” for the singer, saying, “Mr. Spears loves his daughter Britney unconditionally.”

Click “play” on the video above to see more of the Edge On The Clock stories!