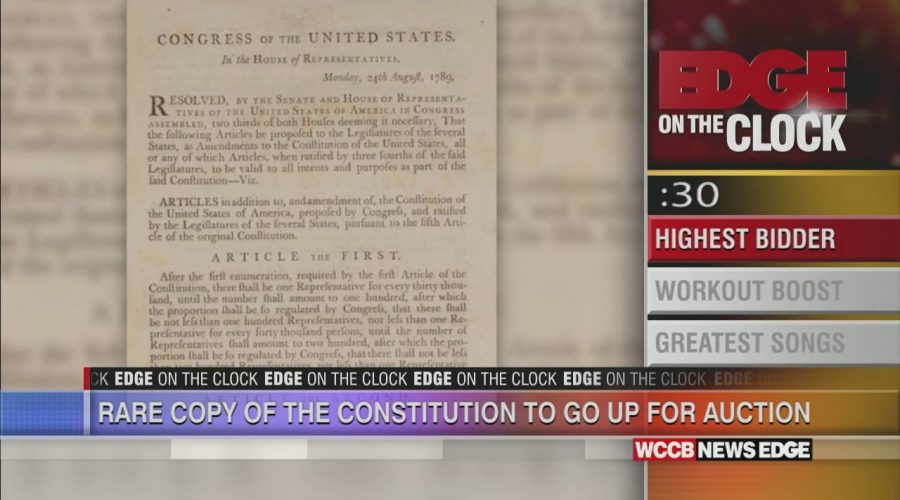 CHARLOTTE, N.C. – A rare copy of the U.S. Constitution is hitting the auction block in the fall. Sotheby’s Auction House will auction off one of just eleven surviving copies from the official first printing. The printings were produced for the Constitutional Convention Delegates and the Continental Congress. It is the only copy that is still privately owned and it is valued at $15 million to $20 million.

Plus, next time you hit the gym, forget the pre-workout. How about a Rice Krispie Treat instead? It’s the latest viral fitness trend on TikTok. People claim the sugary snack gives you an “insane pump.”

And, Rolling Stone has updated its list of the 500 greatest songs of all-time for the first time in 17 years. Aretha Franklin snagged the top spot for her version of Respect.