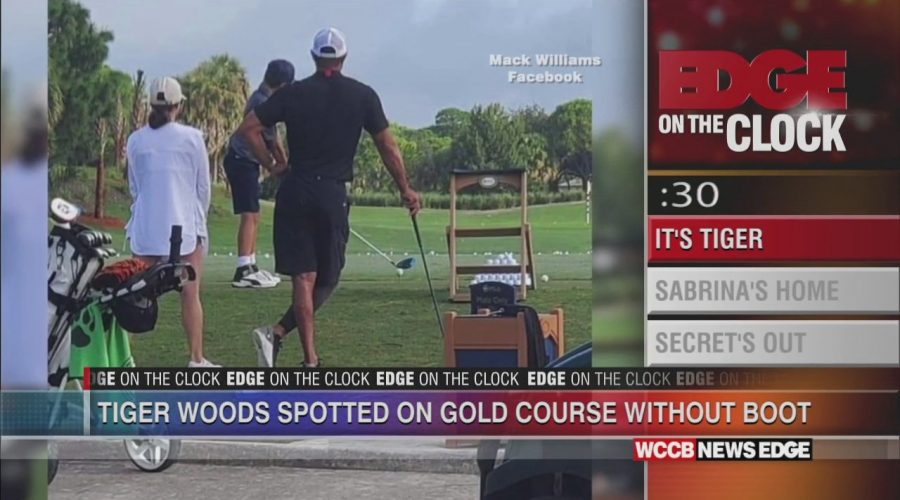 CHARLOTTE, N.C. – Tiger Woods has been spotted without crutches for the first time since his devastating California car crash. The 45-year-old, 15-time Major champion was golfing with his son, Charlie, at a junior tournament in Florida this weekend. Tiger underwent multiple surgeries in February for open fractures to both his tibia and fibula bones as a result of his single-car crash near LA.

Plus, the iconic house from Sabrina the Teenage Witch just hit the market and could be yours for $1.95 million in the New Jersey city of Freehold.

And, the designer of fashion house Balmain is revealing he was involved in a fireplace explosion a year ago that left him with severe burns and now, scars.