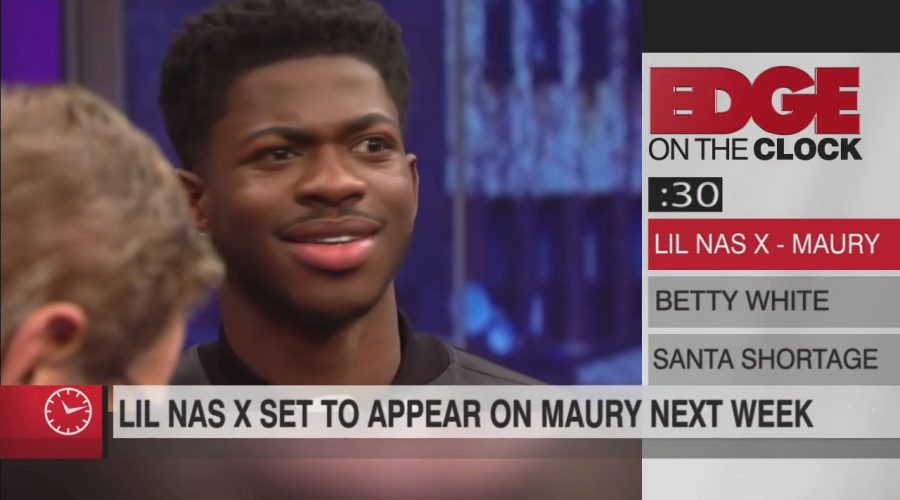 Lil Nas X has something to say

Rapper Lil Nas X is set to appear on an upcoming episode of the Maury Povich show next week. In the dramatic teaser the 22-year-old, whose name is Montero, appears to tell a woman that he and her boyfriend have been dating for a month. The episode airs on WCCB Charlotte next Wednesday.

In honor of Betty White’s upcoming 100th birthday, Choice Mutual Insurance Legacy is paying a lucky fan $1,000 to watch the screen icon’s greatest works. Per the posting, the winner will have 24 hours to watch 10 hours of pre-selected Betty White film and tv appearances and will need to document the birthday binge.

The head of Professional Santa Claus School in Denver says the region is down about 10-15 percent of Santas this year. While other Santa-staffing agencies say the demand is up over 120%. One issue is that many older and heavier-set men are opting out of the job over concerns about their risk of exposure to Covid-19, especially in children who aren’t yet vaccinated.