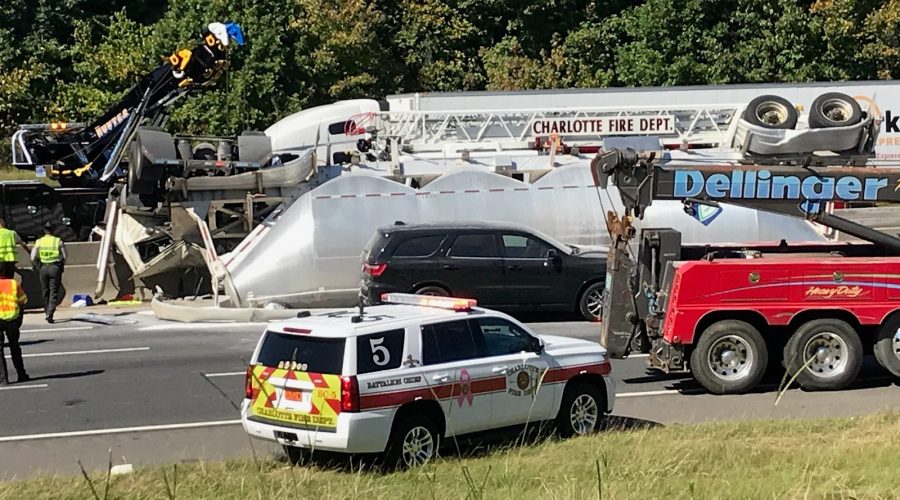 CHARLOTTE, N.C. — Troopers are investigating a fatal accident involving an overturned tanker that has all lanes of I-77 southbound shut down near Woodlawn Road. The accident happened shortly after 11:20am between Tyvola Road and Woodlawn Road.

Troopers say the driver of a tanker carrying flour was driving southbound on I-77 just prior to Tyvola Road when the vehicle made a hard steer to the left and collided with the concrete barrier.  The tanker flipped over the barrier and entered the northbound lanes, according to Troopers.  The driver of the tanker died in the accident, according to MEDIC.

Traffic is currently being diverted off the interstate at Tyvola Road.