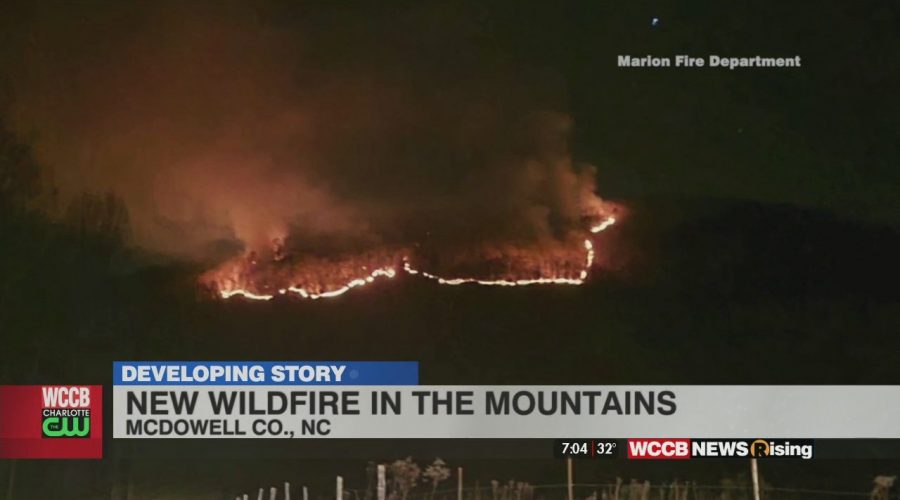 MARION, NC — Another wildfire is burning in the North Carolina mountains. This one is on Pogue Mountain just outside of Marion in McDowell County, which is just east of Asheville.

Crews are having a tough time battling the flames because of rugged terrain.

There’s no word yet on what caused the fire or how large it is.

Crews from multiple departments are assisting.

This comes after a statewide burn ban was announced.

Meantime, the Pilot Fire continues to grow in Surry County.

The fire has destroyed more than a thousand acres at Pilot Mountain State Park.