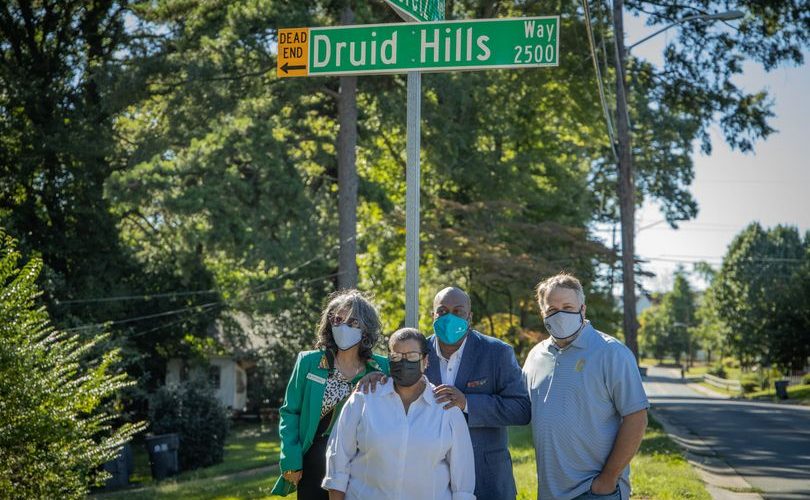 CHARLOTTE, N.C. — The City of Charlotte unveiled the newly installed Druid Hills Way street signs on Friday, replacing Jefferson Davis Street, as part of a plan to rename nine streets named after leaders of the Confederacy.

Druid Hills Way is the first of the nine streets to be renamed following the Charlotte City Council’s February 2021 approval to adopt Legacy Commission recommendations to change these street names.

City officials say residents overwhelmingly choose Druid Hills Way as the first choice for their new street name, with 55 percent of respondents choosing it compared to nine percent choosing the next highest choice.

“I am delighted that the residents of Druid Hills now have a street name that uplifts the neighborhood and will serve as a point of pride,” said Charlotte Mayor Vi Lyles. “The Legacy Commission set out to empower and embolden Charlotteans through the removal of insensitive historical markers and this is just the beginning of more great work to come.”

City officials say up next an unveiling of the updated street name signs for Montford Point Street, replacing Phifer Avenue, is scheduled for October 28th.