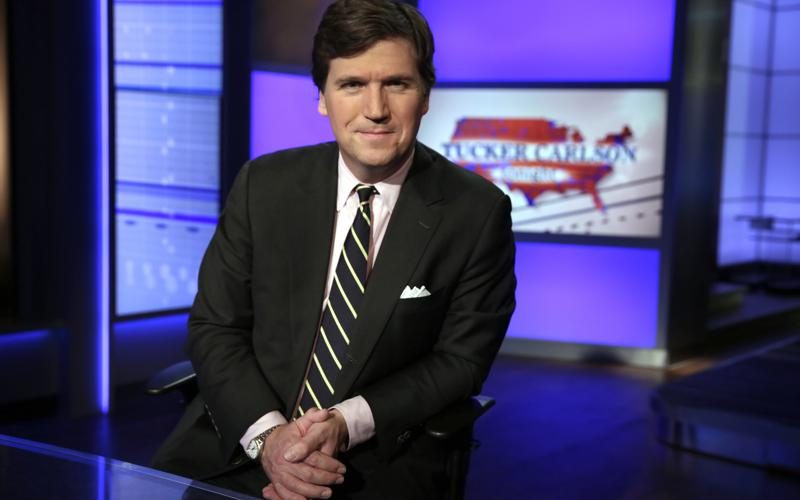 NEW YORK (AP) — A steady criticism of COVID vaccine mandates by figures on Fox News has drawn attention to its own company’s stringent rules on the topic — even from President Joe Biden.

The president was denounced as an “authoritarian” and “divider-in-chief” on Fox last week after announcing new efforts to compel more Americans to be vaccinated.

When Biden set forth a plan requiring companies with 100 or more employees to ensure their workers are fully vaccinated or show a negative COVID test at least once a week, he noted that “some of the biggest companies are already requiring this — United Airlines, Disney, Tyson Foods and even Fox News.”

Yet Kevin Lord, executive vice president of human resources at Fox News parent Fox Corp., said in a memo this week the company will be requiring all unvaccinated employees to be tested each day — not just once a week — in order to work in company facilities. The policy was first reported by CNN.

Fox last month required employees to report evidence of their status, and Lord said more than 90% of full-time employees have been fully vaccinated.

Fox’s most popular primetime host, Tucker Carlson, devoted nearly the first 20 minutes of his show Wednesday to Biden’s COVID efforts, saying the rules require people to submit to being bullied.

He interviewed comic Jim Breuer, who has said he is canceling shows at venues that require audience members to be vaccinated. Carlson said Breuer was “talking like an American man. Where are the rest of the American men?”

“All of it is about control,” she said.

Fox was attacked from the right by a former employee, Eric Bolling. Now on the conservative network Newsmax, Bolling said Wednesday night that network leaders are pushing the wrong policies.

“So while Fox hosts bemoan and complain about the liberals who are forcing Americans to get vaccinated, they themselves are doing the same thing — and that is the textbook definition of hypocrisy,” he said.

Bolling said he’s vaccinated himself, “by choice,” and said Newsmax encourages its employees to get vaccinated but doesn’t require it. Bolling was ousted from Fox News in 2017 following reports that he had sent unwanted lewd pictures to women who worked with him at the network.

A Fox spokesperson declined comment on Bolling or other criticism of a disconnect between company policy and opinions expressed by its personnel. To be clear, also, while it will be requiring daily COVID tests for the unvaccinated, Fox isn’t mandating shots.

No Fox on-air personality has addressed the company’s COVID policies.

CNN requires its employees who work in the office or in the field with colleagues to be vaccinated, and last month fired three people for violating that rule.

A memo sent by Fox News Media CEO Suzanne Scott last month outlined Fox’s requirement that employees report their vaccination status. Scott said then that masks were optional for people who had been fully vaccinated, but were strongly encouraged in public buildings and required in small places, like broadcast control rooms.