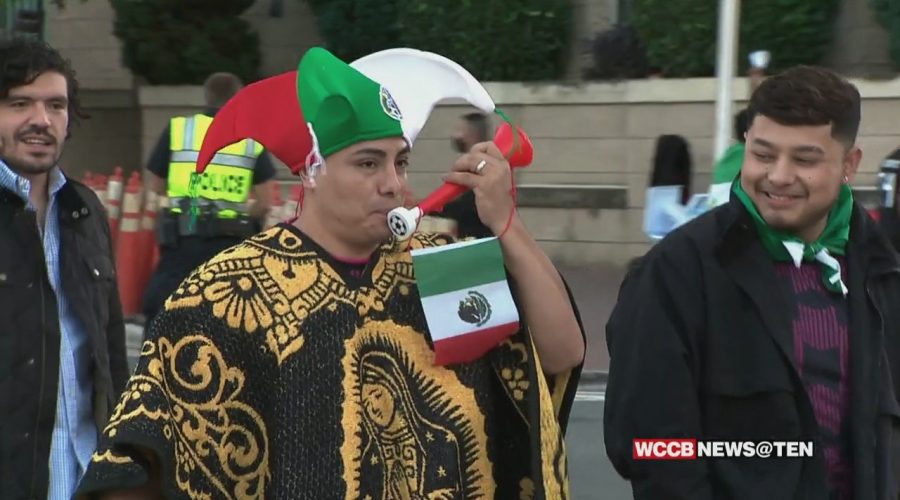 Fans were pumped and ready.

“I’ve been here since like 11 o’clock this morning,” said Miguel.

He says he was born and raised in West Charlotte. He says hosting an international match featuring Mexico is a dream come true.

“I’m glad here in Charlotte that it’s growing a lot and we get to see soccer again,” said a young Ecuador fan.

The sport is growing in the Queen city. The major league team, Charlotte FC begins play next year. The USL team, Charlotte Independence has been a staple in the community for years.  And youth soccer is growing by leaps and bounds.

“We are investing in soccer at all levels because we know how fast its growing. we know how global it is and we want to be a global city,” said Charlotte City Councilman Larken Egleston.

He says soccer is a good bet for the future. According to an economic impact study, the new MLS team is expected to add 200 jobs and $16 million dollars to the local economy. Egleston says the city has embraced the sport.

“I think it says we are a global city,” explained Egleston.

Businesses are likely to see more benefits as more major events are planned for the future. Fans at the Wednesday match getting emotional over seeing their teams in town.

“This is like a festival for us,” said Ecuador fan Daniel Gonzalez.