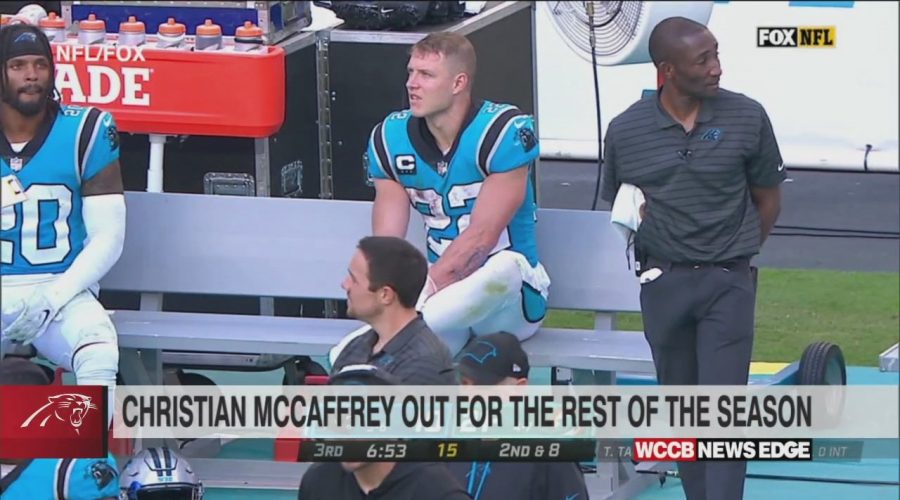 CHARLOTTE, N.C. – Cam Newton may have been benched during Sunday’s game, but he’s still going to start for the team. The Cats lost 33 to 10 to the Miami Dolphins. This is the team’s second loss in a row since quarterback Cam Newton returned to the field. Newton was benched during the fourth quarter and replaced by P.J. Walker. Head Coach Matt Rhule says he told Newton the switch was made because the Panthers were in hurry-up mode and Walker had a better grasp of the two-minute offense. Newton says everyone needs to keep calm. He says, “There’s no need to panic. When it’s all said and done, you know, it’s going to come back to the core basis of what the brand is. You know, as Coach Rhule always talks about, you know, trusting in the process, trusting in, you know, just holding yourself accountable and that’s pretty much what it comes down to.”

Rhule says he does not expect a quarterback change after Carolina returns from its bye week. He also says despite there only being five games left in the season, he doesn’t doubt that Cam can pull through and win. Rhule says, “(Quarterbacks coach) Sean (Ryan) will work with Cam and just continue to advance him in terms of…obviously Cam knows the assignments. A lot of it is just being able to do it without thinking, it’s knowing the tools that are in there to protect yourself versus this pressure, that pressure.” Rhule also says, “I think Cam’s worked really really really hard. Really hard and I wouldn’t put anything past him.”

And more big Panthers news: running back Christian McCaffrey is out for the rest of the season with an ankle injury. The team made the official announcement Monday. They say an MRI revealed that his ankle injury was bad enough to sit him out, because of the time it would take for him to recover. This is McCaffrey’s second time on injured reserve this season.

Our question of the night: is time to move on from Christian McCaffrey?