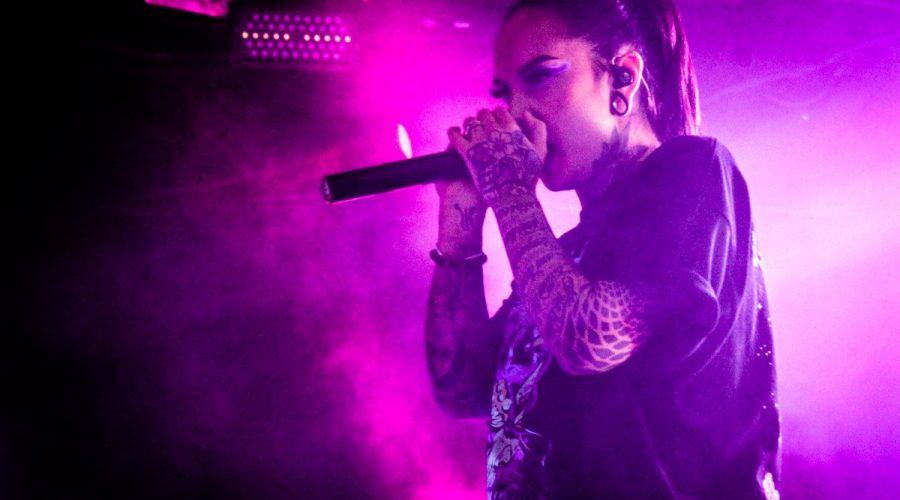 CHARLOTTE, N.C. — Ukrainian metal band Jinjer blew fans away at their sold out show in Charlotte, North Carolina.  People from all over the Carolinas packed into Underground to see lead singer Tatiana and her amazing vocal range, which includes such an unique scream voice that she sounds like a completely different person.  Her beautiful melodies give way to a deep growl that literally make the hairs on your neck stand up!

Roman, Eugene and Vladislav also deserve a standing ovation for masterfully hitting every cord and keeping the high-energy notes packed throughout the show.  Jinjer performed songs from multiple albums including several hits from their newly released album Wallflowers.

The band stayed on course with their typical setlist which included:

Call Me A Symbol

Sleep of the Righteous

As I Boil Ice

All Hail The Yeti is from Los Angeles and is known for blending classic metal with progressive groovy sounds.  Frontman Connor Garritty had the crowd putting their fists in the air with his classic heavy metal voice but it’s the backing vocals by Nicholas Diltz and Dave Vanderlinde that really rounded out this band’s live performance.  The band also had some pretty amazing props on stage including animal skulls, tapestries, and plants.

Suicide Silence pumped up the volume about 20 notches when they hit the stage and the metal heads went crazy!  The mosh pit basically took over the entire floor.  There was even a point when the band split the room and had everyone head banging and moshing.

One interesting note was this usual five piece band only had three members performing live.  Frontman Eddie Hermida and lead guitarist Mark Heylmun did not perform.  The band played Hermida’s vocal tracks and Heylmun’s guitar tracks but the rest of the band performed live with their respective instruments.

According to the band’s Facebook page, a member of the touring party tested positive for COVID-19.  The band missed their shows in Philly, Brooklyn, and Norfolk but were able to play in Charlotte.