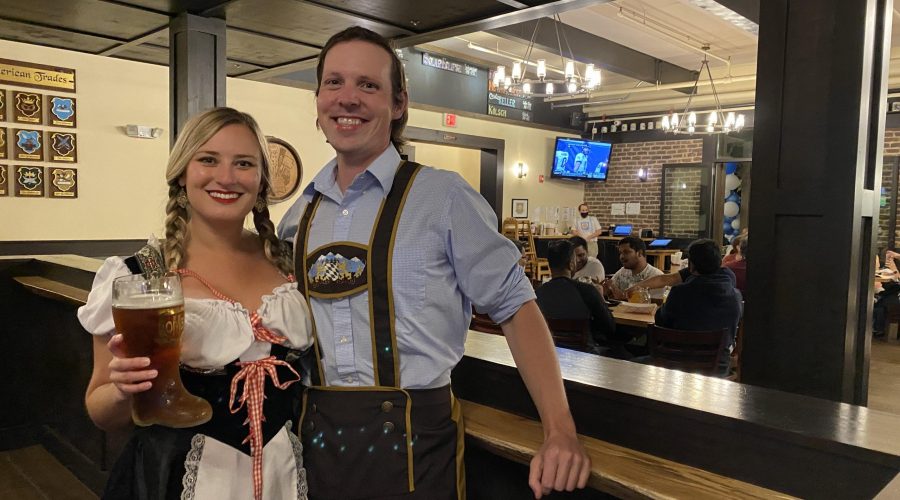 CHARLOTTE, N.C. — It’s the last weekend to head over to The Olde Mecklenburg Brewery in Charlotte and party it up at the brew-tiful Mecktoberfest.

OMB’s famous one liter glass boots, Das Boot, are on sale and can be filled with one of the brewery’s multiple award-winning beers including Mecktoberfest Märzen Lager, Copper Altbier, Captain Jack Pilsner, 704 Hazy Session Ale, or Hornets Nest Hefeweizen.

OMB says their beer will be served in one liter and half liter mugs throughout the festival, and other alcohol options such as local ciders, Prosecco, hard seltzer, and wine will also be available.

German-inspired food including pretzels with beer cheese, sausage, schweinshaxe, currywurst, pork schnitzel, frikadellen, poutine, and more will be available from a food cart and inside the venue.

Thirsty Horses will take the stage on Saturday from 1 p.m. to 4 p.m., followed by The Holzhackern Tyrolean Band from 6 p.m. to 10 p.m., bringing everyone their spirited versions of all the  traditional Octoberfest songs.

The Holzhackern Tyrolean Band is also expected to perform Sunday from 3 p.m. to 6 p.m.

Kids coming to the festival can play in the outside Biergarten as well as a designated kids play area, and dogs are encouraged to come to this event!

Along with great food and drinks, there will be several games onsite including one called Hammerschlagen, which is a German drinking game in which several contestants try to hammer a nail into a stump.

OMB hopes you can join them in the biergarten for the last weekend of the Queen City’s premier Fall beer festival.

Festival goers may be on their wurst behavior, but OMB don’t give a schnitzel.