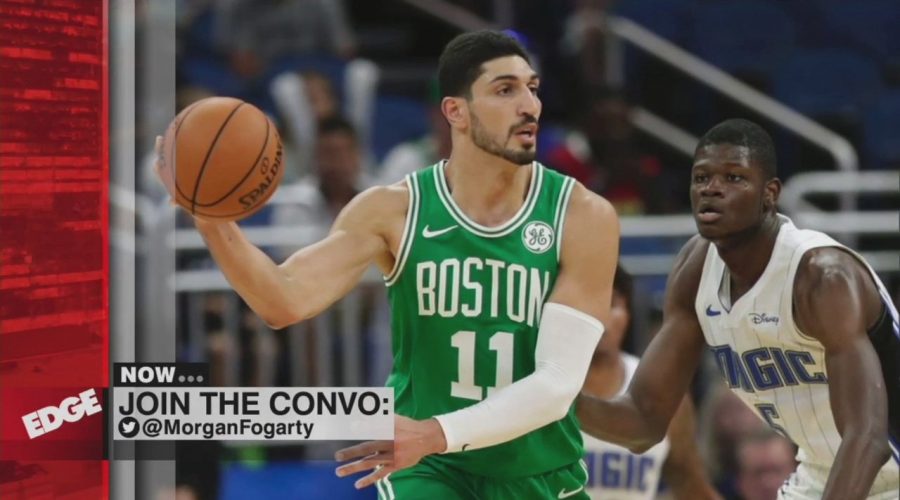 CHARLOTTE, N.C. – NBA center Enes Kanter has ignited a firestorm by calling China’s leader Xi Jinping a quote “brutal dictator.” The Boston Celtics player is using social media to get his messages to the masses.

Kanter has also been wearing sneakers at games emblazoned with with messages like “Freedom” and “No Beijing 2022,” in opposition to the upcoming Olympics there. And in response, China has pulled the Celtics games off its streaming service. But Enes says human rights comes first above business deals. “Someone had to do it. You see, there are so many athletes, so many actors, so many singers, and so many people with a platform are speaking out on many of the issues out there in the world. But when it comes to china, when it comes to China’s communist party, they’re scared. Because they care too much about money. They care too much about business. And they care too much about endorsement deals. You know, to me, the human rights and saving people’s lives comes first. So, that’s why I wanted to do this project,” says Kanter.

The NBA so far has not publicly weighed in on Kanter speaking out. But the 29-year-old does say that during the first game of this season, two representatives from the NBA asked him to take his shoes off. They read “Free Tibet.” He declined.

Our question of the night: how do you think this campaign will end for Enes?