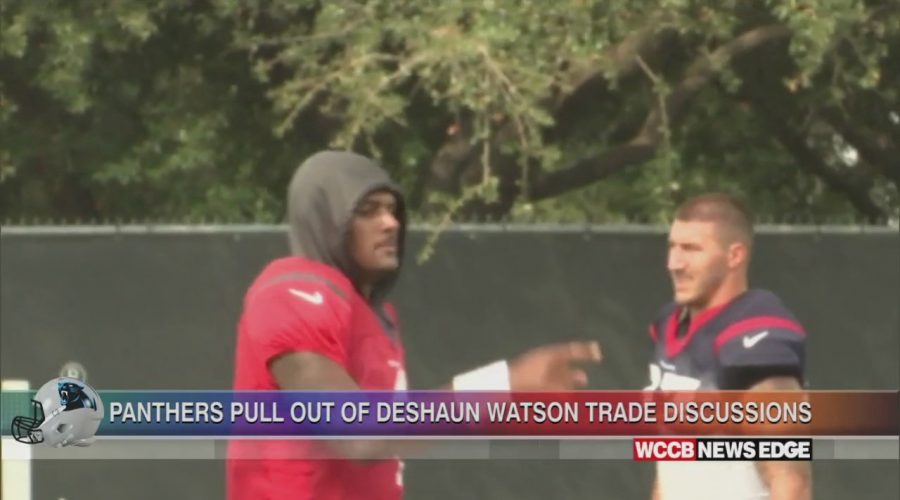 CHARLOTTE, N.C. – The Carolina Panthers have ended trade talks with Deshaun Watson, a source close to the team tells WCCB on Wednesday. The Panthers were reportedly thinking about trading several first round draft picks in the coming years for Watson. But the 26-year-old has not played in the league this year after nearly two dozen women filed lawsuits accusing him of sexual assault or harassment. Watson denies the allegations.

NFL Commissioner Roger Goodell says the NFL is investigating the allegations against Watson, and does not have enough information to put him on the commissioner’s exempt list. The NFL trade deadline is just over a week away.

Our question of the night: do you think Deshaun Watson will play in the league again?