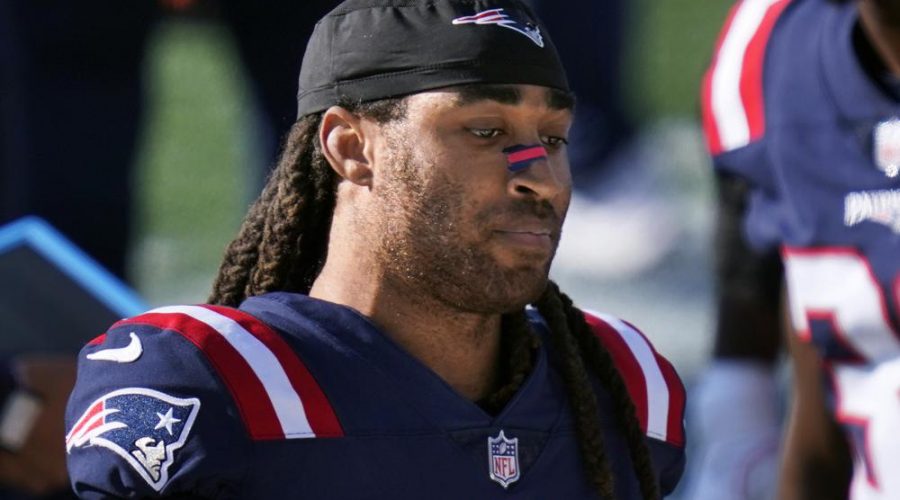 CHARLOTTE, N.C. — The Carolina Panthers have acquired veteran cornerback and 2019 NFL Defensive Player of the Year Stephon Gilmore from the New England Patriots for a 2023 sixth-round draft pick.

The moves comes after Gilmore and the Patriots couldn’t come to terms on a new contract.

Carolina has been looking to upgrade its cornerback position after losing first-round pick Jaycee Horn to a broken foot, which could keep him out for the remainder of the season. Last week Carolina traded for cornerback C.J. Henderson, the No. 9 pick in last year’s NFL draft, from the Jacksonville Jaguars.

Gilmore was raised in Rock Hill, South Carolina, about 26 miles from Carolina’s current headquarters. The Panthers will be moving their headquarters to Rock Hill within the next two years.

The four-time Pro Bowl cornerback confirmed his departure from New England earlier Wednesday in an Instagram post, saying the moments he shared with his teammates on and off the field over the past four seasons — including winning the Super Bowl following the 2018 season — “will never be forgotten.”

“It is with mixed emotions that I announce my goodbye to this great fan base,” Gilmore wrote. “We enjoyed so much success together and you have been an incredible inspiration for my individual achievements.”

Gilmore began the season on the physically unable to perform list as he worked his way back from a quadriceps injury late last season that required offseason surgery. He is eligible to begin practicing again after Week 6.

The Patriots and Gilmore had been trying to work out a restructured deal since this summer. The 31-year-old sat out both the voluntary and mandatory portions of New England’s offseason program in May and June as he looked to get additional compensation entering the final season of the five-year, $65 million deal he signed in 2017.

He was scheduled to make a $7 million base salary this season. He also received a $500,000 roster bonus, but even with that, his 2021 compensation would have ranked him 25th among NFL cornerbacks.

That didn’t sit well with Gilmore, who has been a standout in New England’s secondary since arriving as a free agent from Buffalo in 2017. He has 11 interceptions in his four seasons with the Patriots.

Gilmore tied a career low with one interception last season. He appeared in just 11 games after missing time due to a COVID-19 diagnosis and the quad injury.

He told ESPN this summer that he only wanted fair value and that he was feeling good following surgery.

“I just want what I’m worth, however that plays out,” Gilmore told ESPN. “Every player should be paid what they’re worth. That’s just how it is.”

Despite losing safety Patrick Chung to retirement, the Patriots did do some things to bolster their secondary this offseason. Defensive back J.C. Jackson, who led the team with nine interceptions last season, re-signed, and the team added veteran Jalen Mills. Jackson already has two interceptions this season.

An extended absence by Gilmore would have hampered his ability to build chemistry with a unit that also added several new pieces on the defensive line in free agency, including defensive tackle Davon Godchaux and edge rusher Matt Judon.

With Gilmore now gone, the Patriots will turn their full attention to fortifying a defense that ranks fourth in the NFL, allowing 185 passing yards per game.