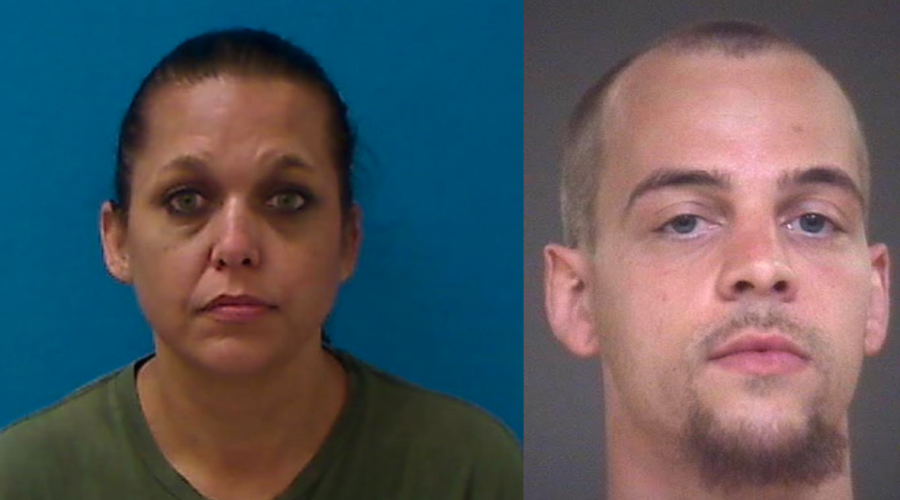 Catawba County and Lincoln County Sheriff’s detectives worked together to identify Dustin Thomas, 29, of Lincolnton and April Bain, 41, of Iron Station as suspects in break-ins across Catawba and Lincoln Counties.

During their investigation, officers say they were able to get permission to search the houses on Highway 73 and Greenway Road.

At the home on Highway 73 officers found several boxes of ammunition and firearms hidden under a mattress, according to a news release.

Dustin Thomas admitted to the break-ins, where a laptop and iPad along with firearms were taken, according to a news release.

Officers say Thomas also told them he broke into a Greenway Drive home where a live snake, television, Play Station, and other items were stolen and eventually recovered.

He was placed in the Harven A. Crouse Detention Center under a $90,000 secured bond and no bond for Catawba County, according to a news release.

Police say April Bain is charged with felony breaking and entering, breaking into a building, and larceny of a firearm for her involvement.

She is being held in the Catawba County Jail under a $25,000 secured bond, according to a news release.

Police say investigation is continuing and additional charges are expected to be filed.