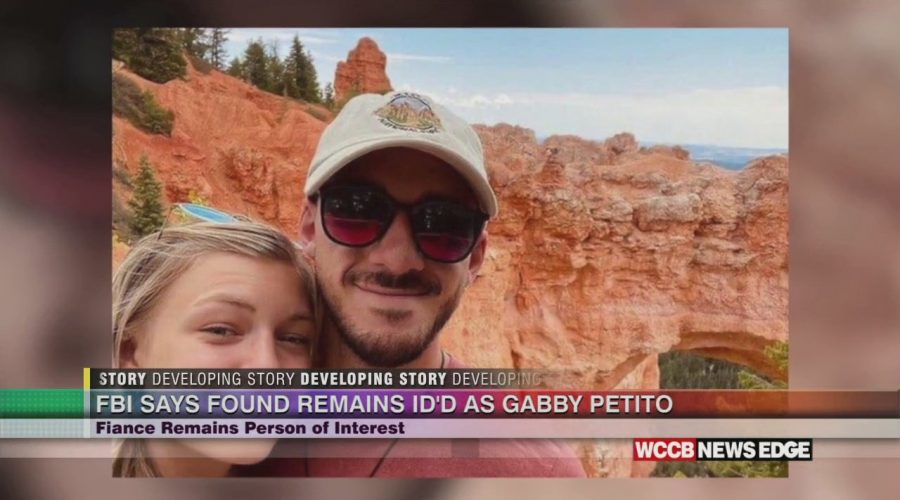 CHARLOTTE, N.C. – The Teton County Coroner confirmed Tuesday that remains found in Grand Teton National Park are those of Gabby Petito. The 22-year-old woman’s family reported her missing on September 11th. The FBI in Denver announced the manner of death is homicide, according to preliminary findings.

Petito and her fiancé, Brian Laundrie, had been posting videos of their cross-country trip online. But Laundrie returned to Florida without Petito, and refused to talk to the authorities when asked about her disappearance. Laundrie is considered a person of interest and is still hiding from police.

Gabby Petito’s story hits close to home for a woman here in Charlotte. Sheila Deese talked with us, in her first TV interview, about the murder of her daughter, Chynna, and Chynna’s boyfriend Lucas. Chynna and Lucas were murdered while on a road trip through Canada in 2019. When police found the couple dead, shot and killed along a highway, they launched an international manhunt for the killers.

The case also drew a lot of national media attention, like the Petito case. Deese says that spotlight causes its own trauma. She says, “For the longest time, each time I would go out around people I knew or didn’t know I was recognized, I felt so wounded. They would just say, I cannot even repeat the things they would ask.”

Deese says she recommends counseling for anyone going through grief, especially grief over the loss of a loved one. The two teens who police say killed Chynna and Lucas then killed themselves in a suicide pact.

Which brings us back to the Gabby Petito case, and our question of the night: do you think police will find Brian Laundrie alive?