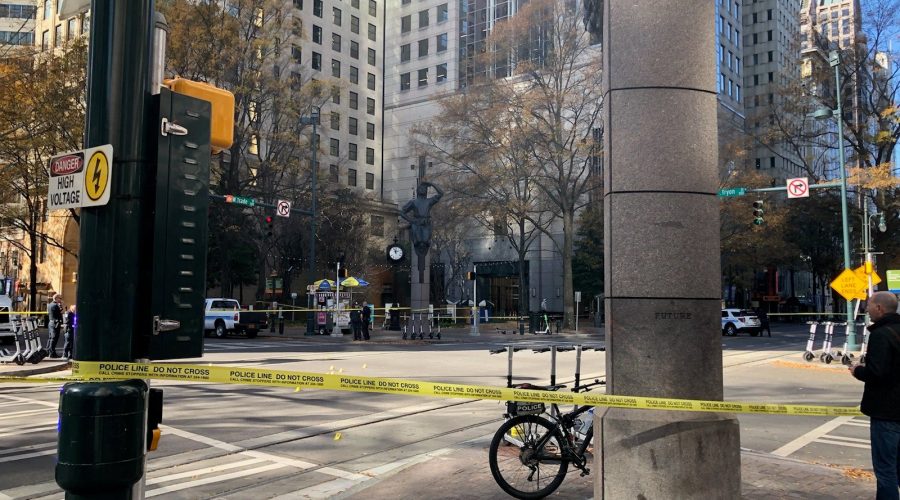 CHARLOTTE, N.C. — Police have one person in custody after shots were fired in Uptown Charlotte. The shooting happened near Trade Street and Tryon Street around 11 a.m.

According to Charlotte-Mecklenburg Police Captain Brad Koch, a car pulled up on Tryon Street and a passenger of the car got out and fired several several rounds into the car he just got out of. Koch says officers witnessed the shooting and immediately engaged with the suspect. The shooter took off on foot but officers were able to quickly take him into custody. Officers did not fire their weapons, according to police.

Capt. Koch says they believe the suspect knew the people he was shooting at. He also says that a firearm was recovered at the scene.

Detectives are canvassing the area for any victims who may have been injured. We are told this is an isolated incident.

Check back for more on this developing story.