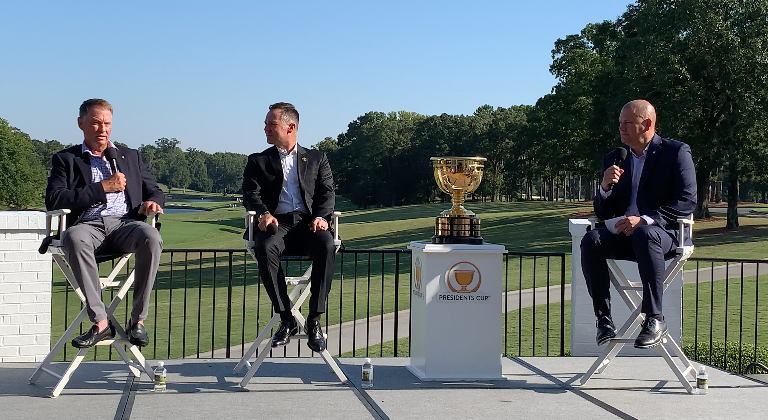 CHARLOTTE — Let the countdown begin! The Presidents Cup will tee off in Charlotte in one year, September 2022. WCCB Charlotte’s Kelli Bartik catches up with Captains Davis Love III, a Charlotte native, and Trevor Immelman who say that Quail Hollow Club is the perfect place for the International PGA TOUR event.

To commemorate one year until the tournament, the Presidents Cup hosted its Captains’ Visit with Captains Davis Love III (United States) and Trevor Immelman (International Team) making a joint visit to Charlotte to tour the course and club.

Both Captains were made honorary members of Quail Hollow Club.