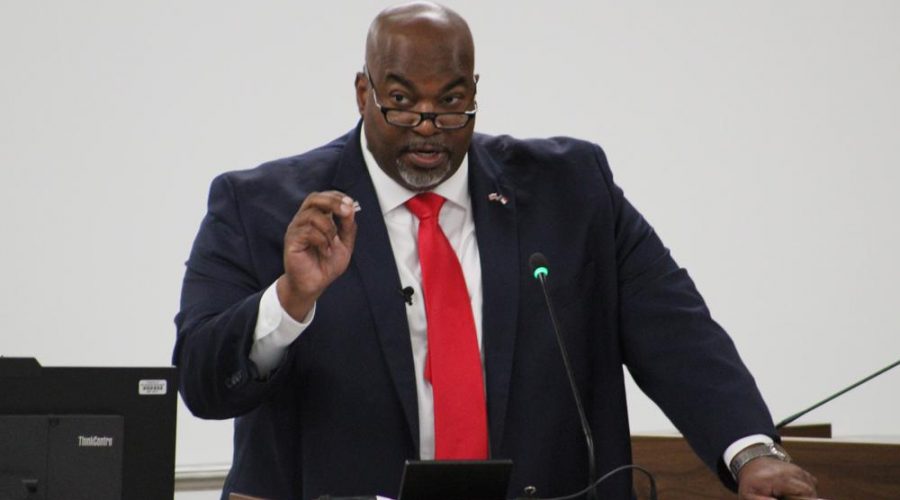 RALEIGH, N.C. — Republican North Carolina Lt. Gov. Mark Robinson says he’s fairly certain he will run for governor in 2024, rather than seek a second term in his current post.

He said in a public conference call posted this week that he was “95% sure” of a gubernatorial run.

Robinson has faced recent resignation demands after comments he made about sex education in schools that critics say disparaged LGBTQ people.

Robinson said he was talking about reading materials, not people.