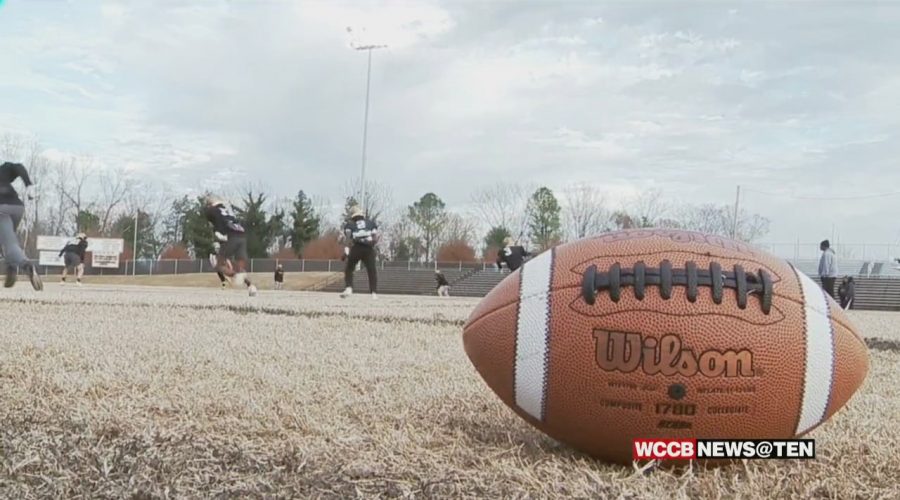 CHARLOTTE, NC — Shelby is taking on Wallace-Rose Hill in the 2A state championship game in Raleigh on Saturday. A win will get them their 7th title in nine years. Winning is always the expectation when it comes to Shelby football.

“We don’t shy away from the state expectation. That is the expectation here, to win a state championship,” head coach Mike Wilbanks said.

Shelby has been winning for a long time. A win Saturday will give them a title in each of the past six decades.

“The culture starts since you’re little. You grow up in the community. You want to be a Shelby high Golden Lion,” junior quarterback Daylin Lee said.

Shelby did lose in the playoffs last season, but that’s giving them even more motivation to finish strong. It won’t be an easy win, though. This year, the Bulldogs have set records, rushing for 6,679 yards and 92 touchdowns.

“Their rushing attack is the best we’ve seen all year and our guys know it and they enjoy a challenge,” Wilbanks said.

One of the team’s senior leaders is defensive end Santana Hopper. He’s an App State commit, and his future Mountaineer teammate is the Bulldogs leading rusher, Kayne Roberts. However, Hopper believes in their defense.

“We got the best front seven in the state of North Carolina, I feel like, so they’re going to have to show us,” Hopper said.

A victory Saturday will mean everything to the players that want to carry on the winning tradition.

“This is going to be amazing if we can do it,” Lee said.

You can watch Shelby take on Wallace-Rose Hill Saturday at 3:00 PM on WCCB.