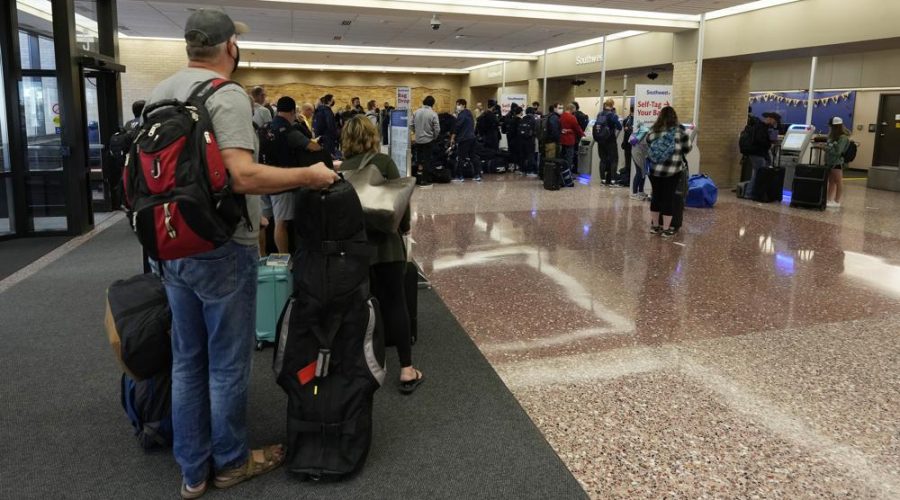 According to Flightaware, the carrier has cancelled 348 flights Monday and delayed another 271 flights.

The Dallas-based airline had blamed air traffic control issues and weather for its weekend “operational challenges” that saw over 1,000 cancelled flights on Sunday alone. Southwest Airlines was the only airline to report the issues on that scale.

Southwest has struggled all summer with high numbers of delayed and canceled flights. In August it announced it was trimming its September schedule by 27 flights a day, or less than 1%, and 162 flights a day, or 4.5% of the schedule, from early October through Nov. 5.

Last week, Southwest became the latest airline to announce it was imposing a vaccine mandate on its staff. The Dallas-based company said its workers must be fully vaccinated by Dec. 8 in order to remain at the airline. Employees can seek approval to skip the shots due to medical or religious reasons.

One analyst said a possible reason for the weekend outages may be a work slowdown by pilots who oppose the mandate. The pilots union denied it was part of a job action.
In premarket trading, shares of Southwest Air slipped 2.6%.