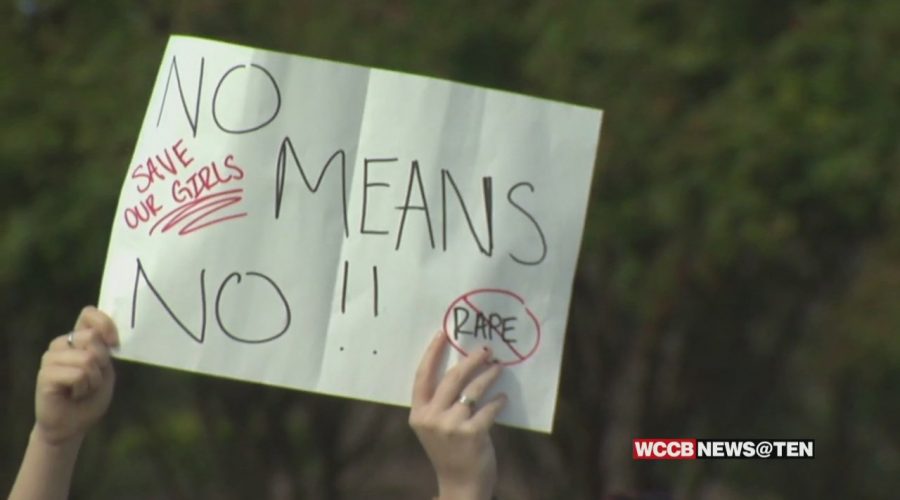 CHARLOTTE, NC. — Sereniti Simpson is a former varsity volleyball player at Olympic High School. She says she’s being punished for standing up for what she believes in.

“We were simply protesting because we want to feel safe on our own campus, and we want other girls to know that we hear you and that we want you to feel safe on your campus as well,” says Simpson.

The Olympic High junior faced a one-game suspension for being one of the dozens of students who participated in a student-run protest and walkout last Friday. They’re upset about a fellow student being allowed to play on the football team while facing sex assault charges. According to police, a sexual assault was reported on campus on September 14th. Police charged a 15-year-old student with attempted second-degree rape, second-degree kidnapping, and sexual battery. Sereniti says Monday; her volleyball coach told the team she was disappointed in players who took part in the protest and said they needed to be punished.

“I went up to her, and I said I’m not being punished for protesting, so I handed in my jersey, and I left.”

“It’s important to separate the demonstration in the school gym from the walkout that occurred afterward. Students planned an indoor demonstration and school officials authorized the demonstration to enable students to share their voice regarding a topic they felt deserved such attention. No students have been disciplined for participating in the demonstration. The walkout was not part of the planned demonstration, and was a safety hazard for students, staff, and others in the area. Students who chose to walk out were informed they could face consequences due to such violations as unauthorized absence or endangering themselves and others. We cannot address discipline for specific students due to privacy laws.”