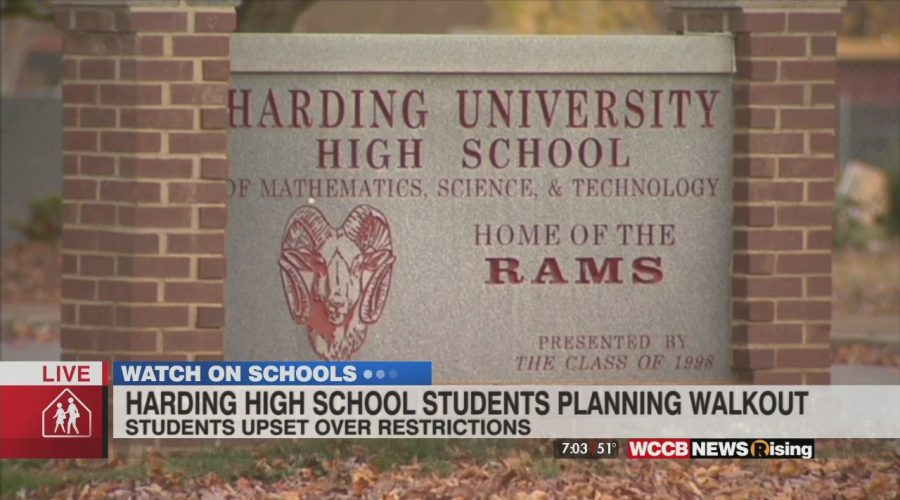 Student Walk Out: New Restrictions After Gun Was Found On Campus At Harding University HS

CHARLOTTE, NC– Continued safety concerns at CMS lead to new restrictions for at least one campus.

There are reports that Harding University High School students are planning a walk-out this morning at 8:15 a.m.

Sources tell WCCB that students are saying they’re unhappy with the restrictions placed on them when it comes to being able to move around the campus and the increase of security.

Harding HS went on lockdown Friday after a fight broke out on campus involving pepper spray. No one was reported to be seriously injured.

Police also found a gun in a backpack at the school following a fight on Tuesday.

In the four months that this school year has began, 18 guns have been found on CMS campuses this year.