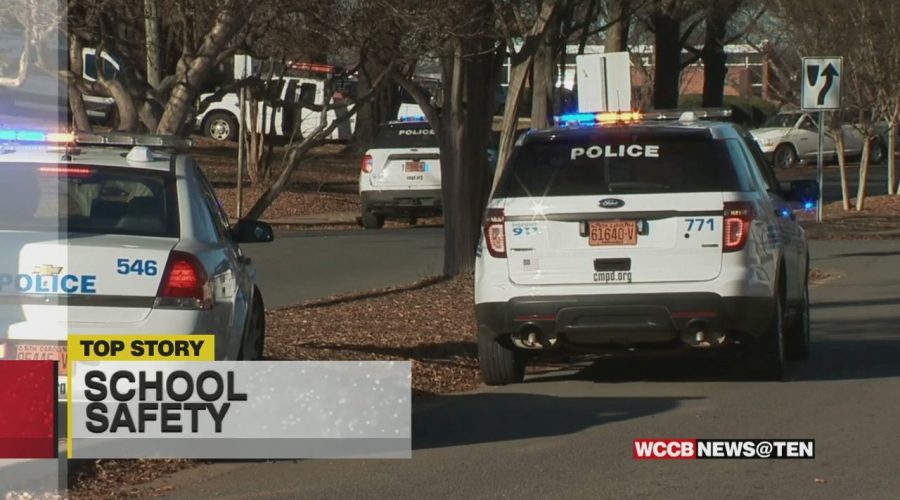 CHARLOTTE, NC. — Action. That’s what several CMS parents and community members demanded during public comment at Tuesday’s school board meeting. Fights, threats, violence, and weapons on campuses have been increasing for weeks. CMS Superintendent Earnest Winston assured the public they are taking action to keep students safe. The district is launching a “Say Something App” after winter break. Winston says the safety workgroup continues to evaluate other measures.

“Including meeting with manufacturers and providers of equipment such as body scanners used effectively at the airport as well as different athletic events including Bank of America Stadium,” Winston says.

Threats were made Tuesday against South Mecklenburg High School. A picture of a gun in a backpack circulated on social media. CMPD is aware of the threat and is investigating. Detectives are working with CMS and allocated additional resources to the school. It comes one day after a student fired at least one round at West Charlotte High School during a fight over a backpack. CMPD arrested one student. At least 23 firearms have been found on CMS campuses so far this year. The district has spent nearly $450,000 on clear backpacks for students that will arrive in February.

“Clear backpacks are not either efficient or effective. Many students have said to me that this will expose their personal belongings such as their home keys, personal wallet,s and hygiene products,” Thompson says.