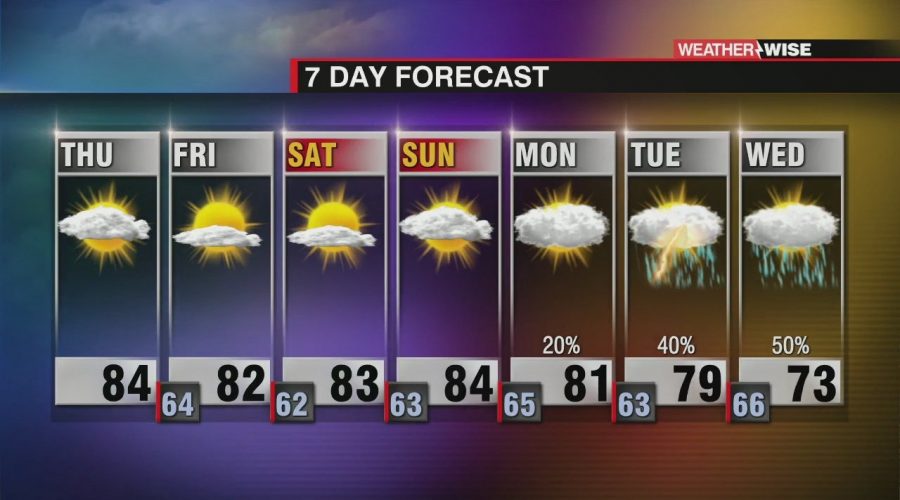 We may be going steady with fall, but we’re still flirting with summer. After topping out at 88° in the Metro on Wednesday, slightly cooler conditions have settled in on the backside of a cold front that moved through last night. That said, you should still expect slightly above-average temperatures through the weekend as winds slowly shift back out of the south and west. A very isolated shower is possible on Friday as clouds build in from the southwest, but the vast majority of us will remain dry through the weekend. Rain chances return to the forecast as an expansive rainmaking system slides in on Monday.

Hurricane Sam now has a fellow tropical system in the Atlantic as Tropical Storm Victor formed Wednesday afternoon. Fortunately, both systems will head out to sea and away from the Carolinas. While Sam won’t get anywhere near us, we’ll need to be vigilant for heavy surf and dangerous rip currents at our beaches this coming weekend.