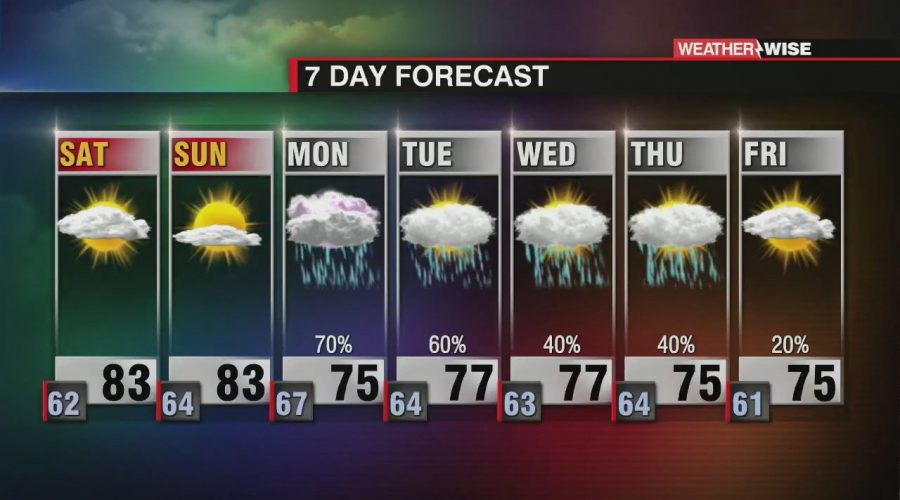 With the arrival of the rain, temperatures will be much more seasonable for the first full week of October.

It’s been ten days since Charlotte’s last measurable rainfall, and while many of us will remain dry through the weekend, that streak will be coming to an end soon. Expect mostly sunny skies and highs in the 70s and 80s through our Sunday afternoon, but clouds will begin to build in as the last hours of the weekend pass by. An expansive rainmaking system will build in from the west by Monday morning, bumping up widespread rain chances to start the workweek.

The rain on Monday will just be the appetizer for what’s to come. The storm system on the way will hit the brakes just as it moves into the Carolinas, allowing for substantial rain chances to carry well into the first full week of October. While no singular day ahead looks like a wash, many communities will see close to 2″ through Friday. With the arrival of overcast skies, expect temperatures to end up on the seasonable side in the 60s and 70s for much of the week ahead.