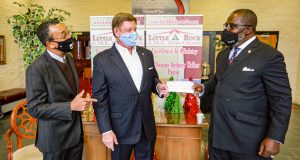 Prior to joining Wharton-Smith, his expertise in preconstruction and estimating was gained during his time at large construction firms such as Skanska, PCL, and McDevitt Street Bovis (now Lend Lease) and midsize to smaller firms like LeChase, Edwards/REX, SC Hondros, and Knutson.

As Senior Preconstruction Manager for the Wharton-Smith Charlotte office, Mr. Willard will be involved in the procurement and pricing of future work, risk management, and relationship development. He will work hand-in-hand with operations, open new market sectors, and expand Wharton-Smith’s existing footprint in the Carolinas.

Mr. Willard has his BS in Construction Science and Management from Clemson University and is an Emergency First Responder. “With the addition of Joseph Willard to our preconstruction team, we are excited to add a whole new host of clients to our future workload, including tilt-wall warehouse industrial market,” said Bret Estridge, Director of Operations-Carolinas Commercial. In his free time, Mr. Willard scuba dives from the Carolinas to the Caribbean, and volunteers at the North Mecklenburg Animal Rescue, and Mooresville Soup Kitchen.

Mr. Willard has been married 28 wonderful years, has a son in the banking business, and a crazy labrador retriever rescue as their new baby.